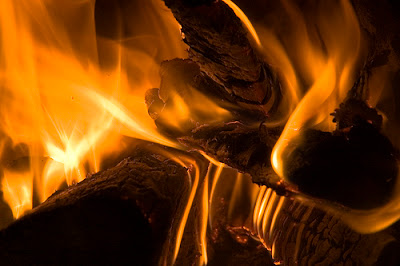 He left the horse standing in the road. It made him wary to do so. He had not treated it especially kindly, and the animal owed no loyalty to him. He was a seaman, come from poverty, and he didn’t know the natural mien of horses. Would it run, or only stand and wait? He would be a few minutes, but the horse could be away in less time than that. In the end, he had no choice but to walk away from it. He stood at the door before entering and regarded the horse in the meager light of the window. Its eye reflected the half-dozen candles within with a shine and liquidness that didn’t exist anywhere in nature but in the eyes of the furious. It was Cusack’s own eye mirrored, and in that moment a contract was struck between them. Exhaustion had sapped them of vigor and anger and both demanded replenishment. They would eat and rest, then hate again.

Cusack pushed open the heavy door and was immediately smacked by all the delights within. Food and beer, fire, Englishmen and women, a place to sit and rest and escape for an hour into something resembling life. He had not had anything like it for weeks, and he’d not really been home until that moment. He made arrangements with the publican to shelter and feed his horse and ordered dinner for himself.

He also did not want to tell his story or answer questions for anyone. This respite was a brief interruption in his personal quest and redemption. It did not include the people in the pub; the only players left were he and James Winston, and Fiona Hammond.

Still, he liked to see the people, and hear them. He’d been alone for so long—since Hammond’s death and especially on the road—it was gratifying to see Englishmen in their ordinary pursuits. Life and goodness still existed, still prevailed, even if Cusack had been swallowed into this hellish trial. He would not contend that all was right with the world, but it was heartening to be reminded of what he fought for.

The food came quick enough. He launched into a big bowl of creamy potato soup flavored with leeks and thyme that was his new happiness, and every happiness thereafter was judged against it. He had a poor idea of his anatomy, but he knew it went down, and felt it do so, warming and touching everything all the way to his gut, ‘til he was filled up with it. He ate it with a soft brown bread, a little stale, but incomparably better than the hard cakes he’d been eating on the ship.

His stomach began to ache, forced to expand after days of shrinking. He ignored it and took his pleasure in defiance of the pain. The ale helped, both in his head and his belly, and he ordered another pint to come with the meat.

There were a few minutes’ interlude before the meat came, and he sat still in his chair and nearly dropped off to sleep. It was a hard battle now, lulled as he was by the warmth and the ale and the food. He deserved a rich sleep, and had he the liberty, he might have slept for two days. His task was not near finished, though, and he would only allow himself a few hours, leaving even before sunrise, and he only did this because it had become necessary. He’d have preferred to take a little food and keep riding, stealing snatches of sleep along the way, a few minutes gone, a few minutes back, but the ride was more exacting than that. Without a saddle, he had to clutch the horse as tightly as he could, with his legs and arms. It took all of his energy and attention to ride, but at least he was moving, and if he forfeited the comforts Winston would take, he might still be available to Mrs. Hammond.

He staved off sleep with thoughts of the Hammonds, and eventually arrived at a certain memory of Captain Hammond. As he remembered it, the food came, a plate crowded with tender lamb chops and roasted turnips and beets, all dressed in a thick brown gravy and haloed with a sweet-smelling and transfixing cloud of steam. He fell in, savoring it, and continued his reminiscence.

Hammond had stood on the pier in Valencia, the night before launch. The Good Hope was docked before them, Cusack and Hammond, and she was loaded and ready. The men who would sail her would come in a few hours.

“It’s an especial situation, Anwell,” Hammond had said. “I’ve not done it before. It’s going to be difficult, and I’ll require your patience.”
“A foreign crew, sir. They’ll run us mad. It won’t be easy to keep them in order.”
“They know how to sail. Some of them speak a little English. One man—Perlito—seems well-suited for translator. Keep him close to you.”
“I knew it coming down, but I didn’t really know it ‘til I saw these men. The company’s playing it cheap, and it’ll be a hard affair for us,” Cusack said.
“I believe you’re right. But they want their ship back, and we agreed to the terms.”
“I’ll be happy when it’s done, and I’m home again. Then back with a real gang.”
“I dare say you looked uncomfortable on the Fairweather!” Hammond said. “You don’t know how to relax, Anwell.”
“I don’t know anything about that. I’m not cut for being a passenger. What am I to do for five days, and with a skipper like that? I very nearly fell to swabbing the deck.”
Hammond laughed. “Here now. Take it out on this crew. Keep them in line and bring her in clean. Perhaps we’ll get a bonus out of this.”
“I’d be happy for that, sir. I’ve been saving it, you know. I’ve been inspired by what you’ve told me of Bibury and all you’ve said of your wife. It sounds good, sir. It feels right for me now. I may be doing it backwards, but I think I’ll make a home somewhere—in the Cotswolds, like yourself. Do you know a good town, sir?”
“Oh, there are many. You might take a ride to some of them and have a look—it’s an easy road, and pleasant.”
“I like what you have, Captain. I want a wife and a home somewhere. It’s time for that. For children. Oh, I can’t quit seafaring yet—I don’t have that much money. And I like it. You like it, sir, being away and having that to come home to?”
“I have the best of everything, Anwell.”
“You think I’ll command my own ship someday, Captain?”
“You have it in you. A little more time, and perhaps a bit more hardness. Practice it on this crew. Put them to work for you. Develop that and I think you’ll be ready in a few years.”
“Thank you, sir. I’m happy to hear it. Here now, I’ve got a future, eh? A home and a wife and a ship of my own. Of a sudden I’m a different man. We’ll take her home, Captain, quick and clean.”

Cusack sat full-bellied and sleepy, regarded the fire, and remembered that, for a short while and illegitimately, he had been Captain Anwell Cusack.

Anonymous said…
These quantities should 바카라 사이트 be clearly displayed on the machines and can range wherever from 80% to 98% -- the upper the denomination of the machine (1¢ for example), the upper the payout. These machines can bombard your senses with lights, sounds, or vibrations, all of which are designed to entice you to play either in a casino or online. Because of their capacity to draw consideration, slot machines are usually the most well-liked kind of game at a casino. Before enjoying in} the sport,s make sure you|ensure you|be certain to} are a responsible player and wouldn't have any dependancy points.
December 3, 2022 at 6:37 PM