What strange relationships we foster! I cannot remember your face or the sound of your voice, yet through our biannual correspondence I am forced to consider you my most loyal friend. I dare say I will have to come back to Los Angeles before I die simply because you have made it feel more my home than any other place. “A letter from Los Angeles!” I cheer, and my heart glows to a color and temperature that if they were quantified would be called Home. Why doesn’t Crayola produce a box of feelings? Rage, lunacy, kinship, absence of God. How we see these cannot be so unalike. 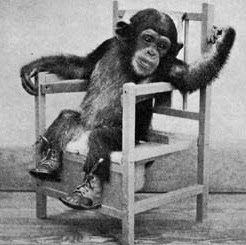 You do me a great service, too, in quashing my sweetheart’s recurring opinion that I am incapable of making or keeping friends. An aberration she calls me, a total perversion of man’s social tendencies. She tells me of experiments with apes, infant primates raised without any companionship. They had pleasant quarters, were fed, and given some toys, but eventually they stopped eating and starved to death, afflicted by a crushing loneliness. I use all those twentieth century experiments with apes as my own moral guide. I shall do no practice that killed an ape. Here is your letter returned. 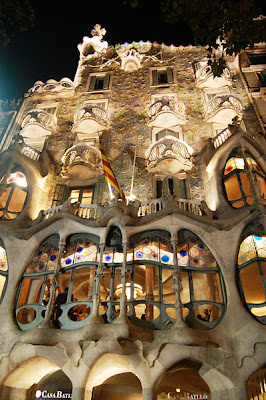 I’m sorry I missed you in Barcelona, but I have a fear of Gaudí, and if I ever saw one of his chaotic buildings in person I might surrender to it. Here in France I flinch at all art nouveau flourishes and move quickly away. I cannot embrace such skewed visions, like some Dr. Caligari nightmare come true. My heart races and I reach quickly to clutch the clean forms of my iPod and iPhone and remember that we all dream of a Jetsons future, where all buildings are temples to technology, devoid of humanity’s whimsical madness. But now rushes my heart as I try to find a building under all of Frank Gehry’s curling titanium. Fantastic, all of it, but sometimes as impenetrable as a Pollock painting. My favorite part of MOMA will always be the design room, which honors Legos and desk lamps.

(I have just come from a screening of the 1949 film of The Fountainhead, the cinematic polemic against collective thought. Gary Cooper represents the individual, the architect whose Frank Lloyd Wright buildings are too racy for a New York that still constructs buildings in the Grecian style. The film makes a good point—over and over again, like a hydraulic woodpecker.)

Time passes too easily here. Now we approach the finish, I feel like Wendy leaving Neverland for good. We have begun to make plans again, to re-enter the human race and America. It has been nice to be away, to leave behind the shame of a nation in decline. I have not become French—I have only left my American struggle for awhile. Now I have outgrown Catholicism, I have a new guilt, that of the liberal in America. Every day that I wake up and go to work or watch television or enjoy myself is a day I have let everyone down, because I know our sins and have not worked to redeem us. We are wrong on everything. How can that be? I wish we could be invaded by Swedes. 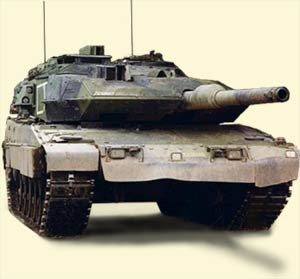 I have a plan for myself. People ask. This is it: I will make films. First, I will write television. First, I will write fiction. It will all come this way. I have thought about school, if only because my future me lives in a small, charming home with an observatory, and I need to take an astronomy class. Otherwise, I will only look at Saturn, and not all that often. Also, I think I would like to attend Oxford. I think my relationship with America is that it hurts me too much to watch. My stupid morality: if Nader runs, I have to vote for him. I hope he runs. 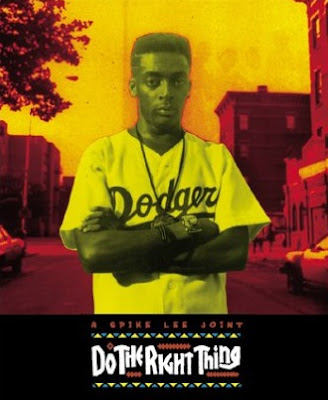 No work of art ever changed the world, although Do The Right Thing did a number on me. And who is into himself more than Spike Lee? I think I am on the right track.

These letters are lessons in entropy. I will finish soon.

Good Joey, I do not know when I will see you again. I will have to resettle in Los Angeles someday and soon, for that television bit of the plan. I think I have to assimilate again into American culture, and then see where I am pointed. I must continue to write. I will say that I have little love left for New York, and can think of no charms it holds over Paris except in frequency of restaurants for vegans. But that can hold small sway, as I have become a brilliant cook, and prefer my food to nearly anything I have had in New York.

Let us make a plan, Joey, to sometime see each other, and find whether we aren’t better friends now than we ever were. In the meantime, be well, and work hard.

karen said…
And here I thought I was the only one in our family dreaming of leading the country to righteousness; I am glad to see it is part of my genetic make up to dream of grandeur based on political and moral beliefs in a beter world.
October 4, 2007 at 11:13 PM

Coleen said…
jeez, another shoutout. you are a wonderful person reilly, just for wanting to do good
October 6, 2007 at 11:42 PM