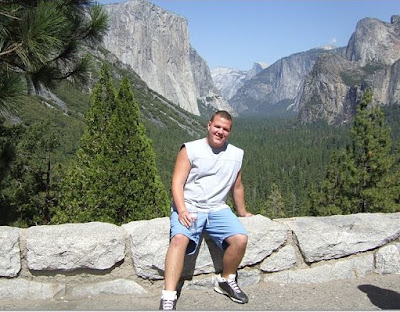 Thomas is seventeen. Great Scott, I don’t see it. The Owens baby is practically an adult, one year shy of being eligible to run for political office or ready now to sign up for military service: little Tom, terrified in the back of a Humvee, white knuckles on the stock of a heavy gun. Tiny Tom-Tom, who can now rent Eyes Wide Shut with impunity.

Unbelievable, that the little rat let his childhood slip by us so fast. Not that we didn’t see it: he’s been bigger than all of us for a couple years. (“Check out these trapezii. Jacked out of my mind.”) And he’s made a distinct divergence from any paths we, or at least I, had laid out for him. I didn’t raise him to be a football star.

I can’t see adulthood yet, but I can see his separateness, his individualism. He’s been bucking his babyhood for a long time, and why not? He’s watched the rest of us leave. He’s had as much a chance to be different as any of us: lastborn, male, country-raised and city-tested. Now he’s what none of us has been, an only child. Why should I have expected Mini-Me?

And that’s what it all is. It’s been hard to let him go. He was ours, and he was mine. Brother, finally, after five sisters. Friend, comrade, bro. I did my best with him, and he was good to me. The zombie movies, the adventure films, I think they stuck. The comic books kind of stuck, or not-so-much. Rock ‘n’ roll, meh. At least he knows The Beatles. And we’ll always have Goldeneye.

I don’t fault Thomas, of course. Just my early experience of a parent’s heartbreak. He found his own friends, more contemporary than me. Somehow, he came to like hip hop. And bad movies. And he’s just never going to read Sandman. So my sympathies shift to my father, who suffered my impatience with Pink Floyd and Frank Zappa, and who never raised the athletic spirit up in me. It’s inevitable that a child should create his own personality, but no less difficult for that.

I am continually surprised by Thomas. He’s loopy, you know, like the rest of us. He’s a brave dancer, half-retarded, half-suave. He’s got a quick sense of humor that’s incompatible with his normal stone-faced serenity, which we read as innocence—the boy is still a boy.

Thomas has an infuriating sense of competitiveness, which is satisfying for me, because my sweetheart doesn’t play any games that don’t result in everybody winning. [Side note: Just the other night, she learned about Six Degrees Of Kevin Bacon. I explained it to her and asked her to give me the name of a movie star, whom I would then link to Kevin Bacon. When that round was finished (Nicole Kidman in two degrees), we had to quit because the pressure was too great—that is, the pressure on her to think of a movie star.]

The boy has beaten me at so many games—so many of my own games—he won my respect through his own work, and not nature’s progress. How was I losing to my baby brother? Board games (obviously, in Scrabble, I lost because I was overreaching), video games (I was out of practice), athletics (well, he’s made it his specialty, hasn’t he?). Trying to beat Thomas at anything is like trying to sneak up on a cat. That cat’s been a step ahead of you since before you woke up this morning.

I really think he’s some kind of a hustler, like Woody Harrelson in White Men Can’t Jump. From the start, you underestimate him, because of his bad haircut, his dumb music, his blank goofiness. And you’re done. He’s above your level. God, it’s maddening.

So there is something there, some burgeoning person. He’s still in the awkward body of a teenager, and it discredits him. Because he’s stayed up with us, though he’s more than a decade behind some of us. He’s had all the privileges of our instruction and all the challenges of our inclusion. I think it’s made him great. He fought for his own character and succeeded. He is who he’s made himself, and not any of us. I can’t fault the boy for anything.

And when the time comes, the hour of my great adventure, my magnificent destiny, he’ll be a great, valuable friend to me, capable soul and brother. Welcome, Thomas, to my high esteem. 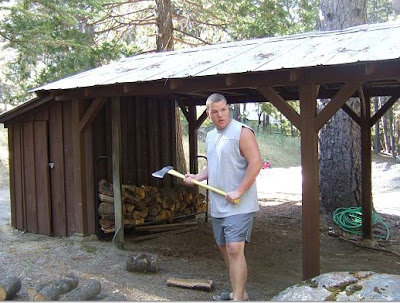 Karen said…
Happy Birthday Tom. I feel so old now that you are grown. I feel so proud because you have long since been your own. I feel so happy that I will see you soon at home :)
November 6, 2007 at 10:39 PM

MUSTblogMEMORIES said…
Mom is going to be mad that you called him retarded.

Courtney is so funny...she is a gem.

I think you should have mentioned that Thomas is a vegan. And has perfect attendence.
November 7, 2007 at 8:31 PM