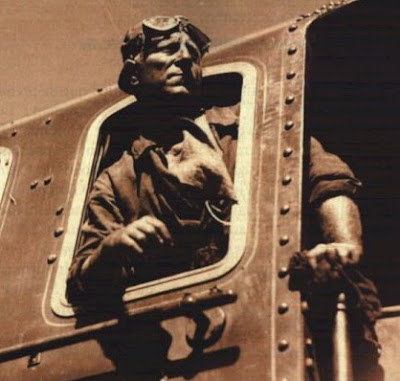 Not much movement here at Sancho Panza I’m afraid, and I do apologize. We are a week away from moving this operation to Paris, and then a few days later to New York. It’s a rough time, logistically, because we have to go through all the stress of closing down an apartment and all that business, but in French, which makes it that much harder. We’re getting somewhere, now the last day is imminent, but there is a lot to do and I’m not in the right frame of mind for writing very much.

We found out yesterday that there will be a countrywide strike this week, effectively closing down all trains and public transportation throughout France. We’d bought a train ticket to Paris a few weeks ago, and for the very day that they have declared the big strike day, because that’s when teachers will join the rail, bus, gas, and electricity employees, as well as the students, in their strikes.

The teachers and the transportation and utility employees are all fighting to retain their sweetened pension packages in the face of new president Sarkozy’s “Americanization” of the country [read: more work hours, less money]. The students are protesting recent changes to the university system.

It promises to be an exciting time, and I would normally revel in it, except that I have to get myself to Paris, with eight big suitcases, a girlfriend, and a cat to boot. If the trains don’t run, we’ll have to rent a car, which will cost us three or four times as much money, plus more time and stress. I was really looking forward to a nice train trip. I do love the trains here.

I’ll try to pop in now and again in the next couple of weeks, but if you don’t see me, I hope it’s because I’m having a good time rather than a bad. Back to work.
France travel Writing

Coleen said…
that's crazy how everyone is striking because they don't want to be american!!
November 14, 2007 at 7:06 AM

Anonymous said…
Reilly, you can just color me *slow* cuz it's taken me this long to revisit. It looks like I have time on my side to explore, however, while you & the missus somehow work your way out of the impending mess. Or have you both already completed your journey?