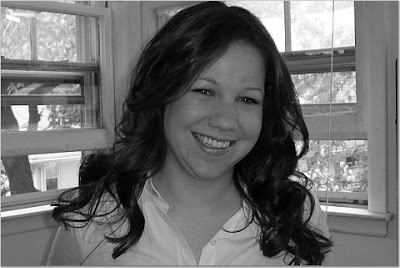 There are two distinctly separate generations of children born to my parents. I am part of the first fast-produced triumvirate of Owens children, with my sisters Janice and Karen. We are the originals, bound together by our close birthdays and birth-years, as well as economical and social situations unknown to the future offspring. We were all babies together, and we suffered all the same parenting mistakes, be it severity or laissez-faireism, that were ironed out for the later children.

Our sister, Tammy, squeaked by as The Baby. I was not yet four when she was born, so I could not say she was entirely separate. We were no longer babies, not yet adults. We adopted her as our beloved mascot. We were the Weird Sisters to her MacBeth, older and wiser, but being children, unfit to govern and totally happy to do so. Now Tammy is an eccentric who lives in the mountains an America away.

I was comfortably seven when the first of the next burst came. When Coleen arrived I was already an adult, having discovered things about the world that my parents did not know, such as the difference between salamanders and newts and how girls feel about each in their blouses.

Coleen was born near Christmas and came home with my mother after we opened presents that day. I famously refused to even look at her, mad was I that her first action on this world was to insult me by not being born my first brother. My mother famously threatened to take away my favorite present unless I said hello to my new sister. Now I think of it, I was very disproportionately more excited about my presents than I was about the new miracle. But then, by that time I was tired of miracles, and tired of playing with their dolls.

Irene was born July 18th, 1988, which makes her nineteen years old today. That is well beyond the age that I became smart and stupid and goofy enough to emerge as an individual in our brood, sulking and slinking and back-talking through adolescence, and missing out on family altogether. I was there, but, boy, was my teenage world so big and complex and cruel that it overwhelmed nearly everything, including my interaction with Irene and those other kids.

(I have only not mentioned Thomas, who came after Irene, eleven years my junior and just right for an arrested development that persists even today, with my movies and video games and candy and idiot stunts. I think that even Thomas has outgrown me. But he’ll come around again, once he gives in to my convincing him that his sixteen-year-old friends are morons if they think Johnny Depp is a better Willy Wonka than Gene Wilder, or that Tony Jaa—that… stuntman!—is even in the same league as Jackie Chan, a true performer and inheritor to both Bruce Lee and Fred Astaire’s thrones.)

Poor Irene grew up just as I was growing uncomfortably and obnoxiously out. She was ten when I moved away, and that was three years we totally lost. Now we know each other again, better than before. She is an adult, or approximately so, as even I don’t yet feel like an adult, and she is a wonder.

In those years I missed, she emerged as her own personality, and without the growing pains I made a big show about. She is remarkably well-adjusted: sweet, funny, pretty, and smart. It may be a godfather’s pride, but I think she would make a perfect debutante. If only we were a Houston oil family. She’d walk down some marble staircase in her baby blue gown and tiara, and all the boys would take off their Stetsons and whisper a private golly to themselves. They’d fall all over themselves to stutter out an invitation to this event or that family holiday (chaperoned, of course), and she’d rebuke them all, saying:

“Thank you so very much, boys, but I must focus on my schoolwork now. You see, I am to be a child psychologist if I am going to help those Romanian orphans and raise them up to a level deserving of their potential and ability. And maybe I can make a small difference in this big, silly world, and help set to rights all that we’ve screwed up. Because that’s our job. Oh, I won’t kid myself: it’s a big job. But who’s to know it can’t be done if we won’t even try? And perhaps someday I’ll meet some handsome man in Bucharest and we’ll settle down and raise up our own children, twenty or so, adopted all, and find that happiness y’all are promising me today.”

And that’s the best I can say about Irene, who remains some kind of an enigma to me. She surprised me the way she turned out. I know I can claim some influence on her. I am, after all, a great guy. But she was part of another generation, and there’s a lot I missed. It’s a terrific thing to meet your baby sister in the eye and know her as an adult. She makes my own life richer.
birthday family

Coleen said…
Golly! I was going to protest your blog when you were speaking of the miracle that was and still is, but I needed to read about the star (lucky for you since I am the avid reader). Happy Birthday Little Foot.
July 18, 2007 at 9:31 PM

Coleen said…
i like the debutane part. Happy birthday rene!!!!!! mom reilly you were always a fantastic person. You were living. You were always there for everyone, mom
July 21, 2007 at 9:06 PM