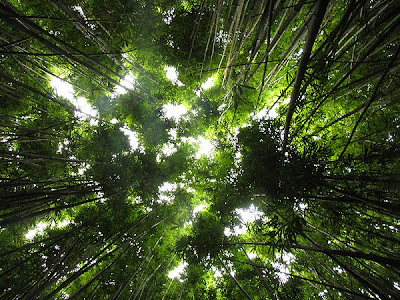 The big road was wide and straight. It cut an open swath, dividing the wood in two from one end to the other. It was shaded by the overhanging boughs of the high trees, and the black earth was moist and packed. A cool wind blew through the road, and sometimes, far away, the enemy flew silently across it.

Away from the road, I crouched in the bamboo, my abdomen tightened to breathe heavy, soundless breaths. I watched for movement beyond the flashing sunlight on the shoots. The enemy was quick; they would fall upon me without warning. Now they were many, and they had moved in different directions, surrounding me and closing in. I would not be safe for long. I put my knees in the ground; the indigo of my pants was conspicuous. I screwed my straw hat on. I was ready to bolt.

I had lost Duncan. We had been creeping through the bamboo when we came upon a nest of them. Duncan fled toward the fringe, and I had made for the road. I was in the road for an instant only when I ducked back into the bamboo. I was sure I had not been seen. It was dangerous to search Duncan out or attempt a birdcall rendezvous. I kneeled on the dry leaves, my feet cramped, my white shirt sopped with sweat. The air was still and golden. The birds had flown at the first sound of our heavy footfalls on the road and only the katydids and cicadas chirped and clicked in the heat. 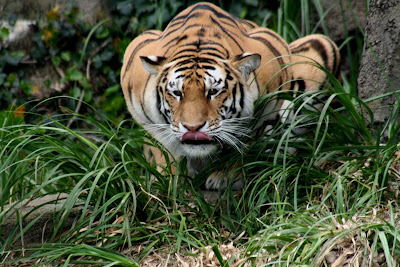 A few long minutes passed. My heartbeat had slowed and I began to take short quick breaths. Of a sudden, I yawned, my chest swelling, my shoulders rising. With bleary eyes, I saw movement in the wood. They were close. If they had not yet found me, they would. I needed a plan, but all I knew to do was run. It would fail me. I was weary with running, and even if I managed to outrun one, the chase would be on. I could not outstrip them all. I had to bury myself and wait. They would give up on me, or if it came to it, I would take them one by one.

I could not dig in where I was, but I knew a good place. It was on the periphery, a den in the stooped, small trees, thicketed by bamboo and far from any path. I had camped there earlier with Duncan. He might have been there now.

I saw them then. They were on all sides, making loud, meticulous clearance through the bamboo. Some were in the road. They would not miss me. My plan of action was to run to the far boundary opposite my den, wait for them to follow, then dash to the other end and slide into sanctuary. I would have to be fast on the return, and hidden. I could not take the road, but would have to move through the tight, winding paths.

I slowly raised myself. I saw the way in my mind, and I saw my triumph. It was possible. I needed only to run. I was upright and I began to creep slowly out of the cul-de-sac. I was on a path. The way was not entirely clear and I hoped to move to another trail before the chase began. I inched through when I heard my enemy’s cries. They had spotted me. 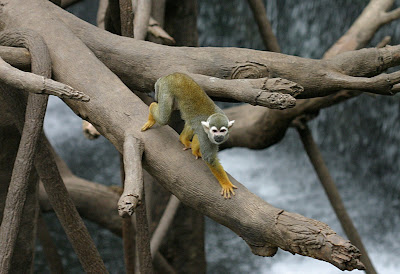 There was a bustle of movement all around me. I became confused. I wanted to run, but I had to remember the plan. I was trapped in the bamboo. They would close in on me. I had to run. I ran. I fled through the shoots. The enemy yelled. I was being chased. I was slowed by the unbending bamboo and I tripped on the sharp points of broken shoots. There was a rush of color and noise around me. Many followed me and others were ahead of me. I was still in the bamboo. I could not run. They were ahead of me. I turned into a dense thicket of bamboo where the way was clear. I moved slowly, clumsily. I pushed harder and tripped on the broken spikes. I fell into the dirt and dry leaves. They were on me then, those who had followed me, and others came up behind me. I was down. I was caught.

He stood over me, their leader, the tallest and oldest of them. He was shirtless and laughing. He spoke to me, excitedly, in his tongue. I could not understand. Did he know I could not understand? He kept shouting, and the others shouted, too. I thought I understood. I was to be their prisoner, and I must remain where I was. I nodded and told them okay. I stayed where I was and they began to run off, after Duncan, no doubt. The leader was still there, a brown, shirtless boy, and, in unsure English, he said, “You catch us now. Understand?”

***
I hid beside the road, behind a tree, and watched the boys move down the road. It was no good to go now. I was fatigued and they would outrun me. I could not turn as quickly as them. They had small, light bodies, nearly all muscle. I tore through the bamboo like a heavy American machine. They called me le grand blanc. They shouted it when they saw me creeping toward them.

I stood death-still beside the tree and one of the boys walked right past. I gave a monkey howl and ran for him. We all carried bamboo spears and I thought the game was to tag them with mine. The boy screamed and ran into the road. I ran after him, howling, and when he shot into the bamboo, I saw Apollonia standing down the road, watching me, tickled and bemused. I walked to her.

“Are you having fun?” she asked.
“I’m supposed to catch them. I wish I could organize them.”
“I guess you’re happy you came and volunteered.”
“Watching the little kids play with boats wasn’t fun. They make fun of me because I can’t speak French. In the jungle, language fails under the heavy weight of hot death.”
“Uh huh. Duncan got hurt. He’s with his mom,” Apollonia said in a cold, matter-of-fact tone.
“He was my comrade. I’ll grieve for him later,” I said. “Can you bring me some water?”
“Kiss,” she said. We kissed. “Salty.”
“Water, please. I’ll look for you.”
“Love you, cutie,” she said.
I groaned. “Shhh. The guys.”

She turned and I vanished into the forest. If she looked back, I was not there. Le Grand Blanc was on the hunt. 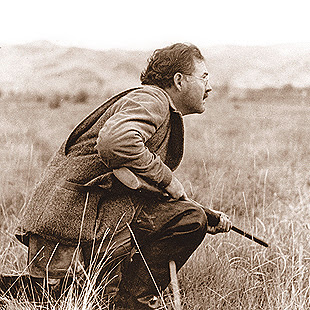 MUSTblogMEMORIES said…
good one. You definitely have a talent for fiction.
June 6, 2007 at 7:48 AM