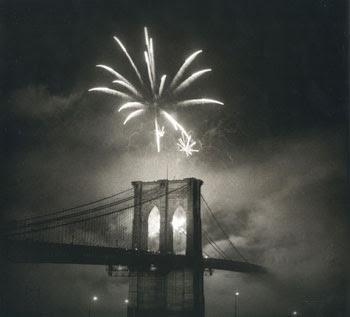 I have left my entire lifestyle behind. Everything that occupied my time in New York is gone now. I had put in long days running a restaurant. I had friends and family. We ate in restaurants nearly everyday, and I went to the movies several times a week.

We have none of that here. It is only us. I say something, then Apollonia says something, then I say something, and on and on, for six months. It is like some sociological experiment, like shock rehabilitation. We are in a cultural deprivation room with only each other to talk to. Strangely, things are going pretty well right now.

But we miss New York. We run out of new things to say and we revisit our favorite places in New York. Sometimes, and more frequently lately, we name all the vegan restaurants in New York and imagine what we would be eating tonight if we were there. We are impoverished here. I have begun to tire of spending two hours a night in preparing dinner.

Tonight, we dine on salad and soy hot dogs, which is a treat for us, because we miss soy hot dogs. And I don’t know what vegans do for ice cream around here, because I haven’t seen any, not even in Paris. I do not know if it is wonderful or torturous that I have the memory of thirty-one flavors and brands of soy ice cream on my tongue. 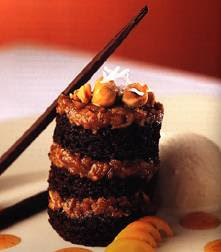 It would be nice to indulge again. I cannot vouch for Apollonia, who has been lucky enough to live with somebody who occasionally gets the inspiration to make a feast—including German chocolate cake—for dinner, but it would be nice to sit at a table and have someone bring me a samosa that I didn’t have to learn how to make from scratch, then make from scratch, including rolling out dough and frying in a big pot of oil. I would like to bite into a samosa without thinking about my health, just once, and without wondering whether this two-minute snack was really worth an hour of effort.

We get a few English language movies here each month, and we relish every opportunity to sit in a dark theater and watch something that we don’t have to strain to understand—which I suppose is a common complaint about foreign films, but I only mean our difficulty in translating the language. We saw a French film here once, and we thought we understood most of it, but then we saw the English trailer for the film and realized that we had had no idea what was going on. We fared only a little better when it was a Turkish film with French subtitles.

My French is actually coming along these days. I walk down the street conjugating and making phlegmatic noises with my French Rs, which are a completely different noise over here. At some point, one must make the decision to learn the accent or always speak like John Wayne might have at a French restaurant: 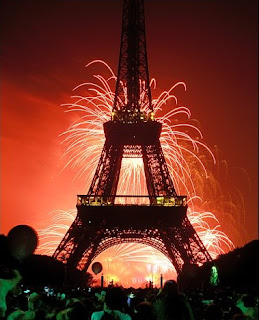 I didn’t expect to miss New York as much as I do. We were ready to get out of the city when we left, and the reason we didn’t set up in Paris was that we needed some country living. We sometimes regret that decision, especially since our last trip to Paris was so pleasant. We did a whirlwind cultural and culinary tour, and on the last day, we found a Chinese restaurant that was almost entirely vegan. That and the wonderful falafel place we visited for three meals in a row are the most common inspiration for a whine of “Why didn’t we just stay in Paris?”

Of course, we had become small town folk by then, and we couldn’t help but give in to Paris’s siren call, or, as the song goes: How You Gonna Keep 'Em Down On The Farm After They've Seen Paree? The thing about Paris is, like New York, it’s all stone, for miles out, and if you want any green grass, you claim a plot of it in a city park or take the train out past the suburbs.

Yesterday, we walked out of Avignon and stood in a field of wheat ready for harvest. The sun was bright gold. In the distance was the walled city and the giant gold statue of the Virgin gleaming in the light. In the other direction was the hilled fortress in Villeneuve-les-Avignon.

I’d never seen that before: the wheat, the castles, all that gold. I live here. And if that means we make our doughnuts from scratch, like we did on my birthday, I can do that. For a little while. 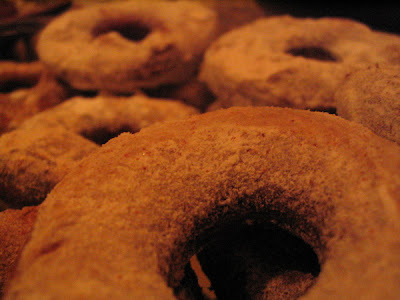 MUSTblogMEMORIES said…
before you go home, come to Charlotte for awhile.

Leo says of course you miss NYC, you had it made there.

MUSTblogMEMORIES said…
Yes...Angel's free city apartment, nicely located by your place of employment. Leo was right, you had it made in the shade there.
June 9, 2007 at 2:14 PM