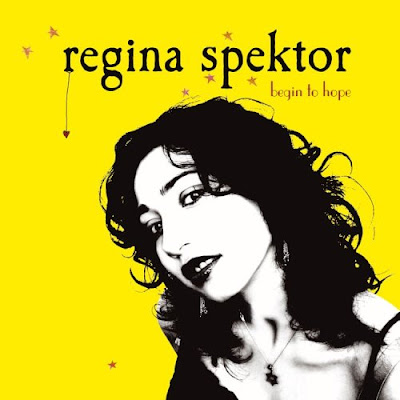 Every once in a while, I put on Regina Spektor’s Begin To Hope, the way, I suppose, some people read inspirational literature or the Bible. When I discovered it last year, I put it on near-permanent spin at my restaurant, to the surprise and chagrin of some of my coworkers. Spektor’s pop is too clean, her voice too clear and immediate, her songs are too sincere to be hip.

It works on me, and then some. I am enthralled. More satisfying than Tori Amos, more accessible than Fiona Apple, Spektor’s piano pop (complemented with pizzicato strings and rock guitars) approaches perfection. She is the best at what she does, combining a sweet, distinctive voice (capable of surprising strength, coming, perhaps, from Russian being her mother tongue) with smart and personal lyrics in songs that whisper and soar and push.

Regina Spektor’s pop sincerity is sublime. It can heal broken hearts and repair destroyed nations. There will come a day when this kind of music will play on the pop and underground radio stations at the same time. We’ll dance in the streets then.

I beat the odds and finished The Innocents Abroad before the month was up. It would have worked as weekly newspaper columns, but 500 pages of a young Mark Twain trying to turn an uneventful and unsatisfying pleasure trip to the Old World into worthwhile literature through the persona of an irreverent philistine was too much. 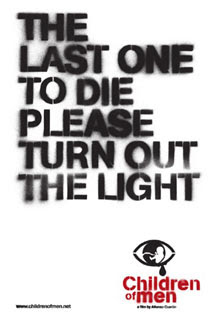 I appreciated the opportunity to see Europe and the Holy Land through a new perspective, and I learned a lot, but I can only suffer Twain’s sarcasm for so long, funny as it often is. He remains one of my favorite authors, and I am glad to have read it, if only to see what an outsize personality like Twain did when he encountered a world that wasn’t always interesting and worthy of registering—a situation I find myself in, as can be guessed by reading my earlier articles about ducks and bread.

I have vowed to leave off the harder stuff for a little while—The Canterbury Tales will have to wait—and find my pace again with some easy modern fiction. I started P.D. James’s The Children Of Men and I am so far happy. It is a different animal than the film, much more British and less dystopian in its opening chapters. I look forward to finishing it.

I am busy these days with writing and all the other business that, at best, enriches my life and, at worst, merely steals my time. An example of the former would be slogging through The Innocents Abroad or trying my hand at Indian cuisine (God, but if you people knew what it was like to leave the panoply of vegan restaurants in New York for the desolation of Provençe), and the latter begins and ends with the internet. 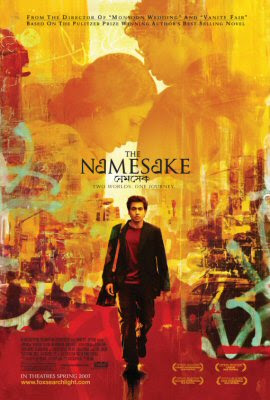 Consequentially, I never go to the movies anymore. I suppose that part of my education is finished. Nowadays, I mostly get my story fix through television and NPR. Both forms are frequently enlightening, but neither has given anything as sublime as my best movie experiences.

A few days ago, we made it out to our godsent art house to see Mira Nair’s The Namesake. A terrific study of generational disconnect, or rather: Why Kids Suck. The film portrays two generations of an Indian-American family, focusing on the India-bred parents for the majority of its runtime, then in the end switching to their children.

The film seems to have an agenda, which can best be expressed in the closing line of Peter Pan: “…and thus it will go on, so long as children are gay and innocent and heartless." The movie wants to set kids straight about their parents, informing them that their parents’ lives run so much deeper than they will ever attempt to know. And it wants you to attempt to know.

Of course, an agenda can be forgiven, because they’re right. Kids are self-centered and heartless and raising them into adults is a whole lot of heartache. The film tells its story so gracefully and it bursts with a vibrant and previously unrevealed culture of Indians in suburbia and is so full of real emotion, agendas are not only forgiven but welcome. There is wisdom in the film, like there was in the similar In America, and we would do well to shut up and listen.

In the end, I had a new appreciation for my folks and a new curiosity about my heritage. It’s important to be connected to something, square as that sounds in a cosmopolitan and wireless world. 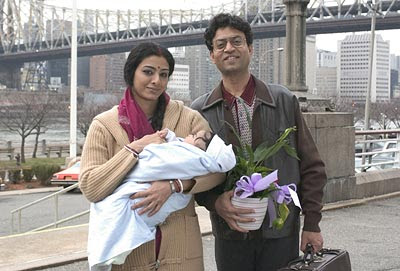 I have few better joys these days than listening to a pleasant radio program while putting together dinner. NPR provides so much to me, I promise next time I am in America during one of those fund drives I will give an amount great enough to inspire calls of, “If you’re going to throw your money away, give it to your parents who worked so hard to raise you,” from my dad.

One of my favorite shows is This American Life, a weekly look at the diverse lives, loves, and fortunes that make up this America. The show bounces along from happy to tragic, from light to really really important, as easily and unpredictably as, well, life. It’s terrific entertainment. 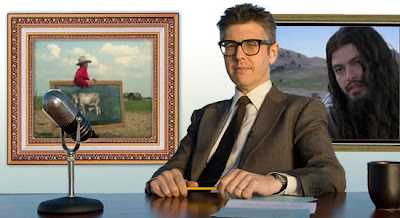 Just last month, after something like a decade on the radio, This American Life branched off into television. The Showtime channel just finished airing the first six episodes (of a contracted thirty). The TV show is similar enough to the radio show to bear the same name, but it is another affair altogether.

Unable to reach the intimacy and captivation of radio, the TV show instead strives for visual wit while it retains the radio show’s masterful storytelling and host Ira Glass’s humble narrative voice. Using a diversity of techniques, from animation to home video to beautifully lit and repetitive images of cattle or Apostles, the show wants you to know there’s a reason why these stories need to be told on television.

I have to admit that a lot of the blogs and websites I regularly visit are either esoteric or pointless enough to inspire me to wish I were strong enough to unbookmark them, so I’ll save you any recommendations. What I will offer is Tyger. 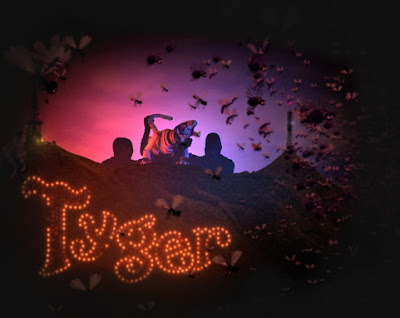 Irene O said…
I absolutely love Regina Spektor! My roommates and I listen to her cd all the time. She's one of the few people that all four of us absolutely love. Every song on the cd is great and no matter what mood you're in, she has a song for it. Love it!
April 30, 2007 at 4:04 PM