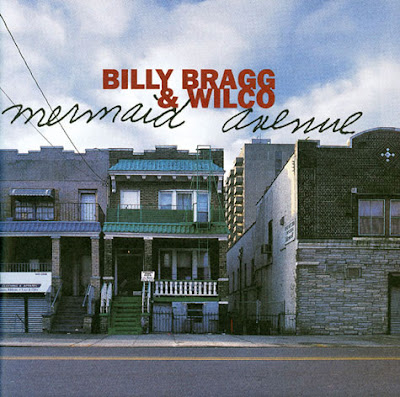 In 1998, English folk-punk Billy Bragg teamed up with alt-country darlings Wilco to record an album of songs set to unused Woody Guthrie lyrics. The result, Mermaid Avenue, is at times jubilant, playful, rousing, and sweet. Its blend of Wilco’s radio-ready country-rock, Bragg’s energizing rabble-rousing and balladeering, and Guthrie’s diverse and oft-times touching poetry make for a spirited and cohesive piece of Americana and humanism.

Bragg and Wilco’s Jeff Tweedy share songwriting duty and the album is a showcase for their different styles, each contributing seven songs (plus one written by Bragg and sung by Natalie Merchant). Tweedy’s approach is sweet and slow, his voice immersed in his band’s sound, while Bragg employs a more boisterous technique in which his voice is the center of attention. 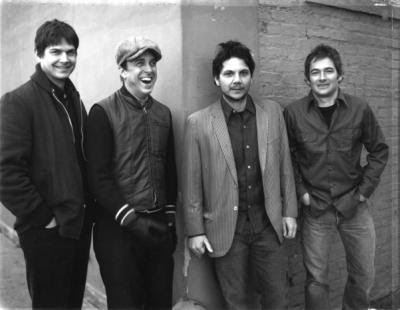 On first listen—and for the first few years I listened to the record—it was Tweedy’s songs I responded to. The band plays well together, hitting all the old country hallmarks, with pedal-steel guitar fills and a terrific-sounding piano and fiddle behind Tweedy’s acoustic guitar. Tweedy has a distinctive rasp in his voice, and he knows it, employing it to full effect in the bouncy “Hoodoo Voodoo”, a terrific bit of nonsense that may have been inspired by too much time around young children.

The musicians were presented with a previously unseen archive of over two thousand lyrics Guthrie wrote but never used. Tweedy’s choice of lyrics tend toward the sentimental, mostly love songs marked by melancholy. 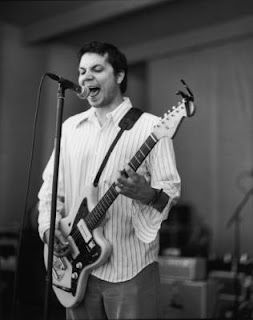 It’s an approach that often works, especially in the collection’s two strongest songs, “California Stars”, a sweet bit of nostalgia with indelible poetic imagery (which has always reminded me of the section in On The Road in which Sal Paradise spends a fondly remembered couple of weeks with a Mexican girl in a migrant workers’ camp in California), and “Hesitating Beauty”, a bouncy and remarkably happy song about matrimonial bliss and irrepressible optimism.

But Tweedy’s sound isn’t always successful. It is often plodding and misdirected. “Another Man’s Done Gone” offers some of the albums best lyrics, but Tweedy overdoes it with a lugubrious molasses moan. And “One By One” is greeting card sentiment repeated too many times.

Bragg’s voice can be grating the first time you hear it. Like Bob Dylan’s, it wasn’t made for honeyed sentimentalism. Bragg sings loudly and brashly. He can do the softer stuff, but you have to have already developed an appreciation for his style to swallow it.

It took some time for me to begin to like Bragg’s voice. Once I did, the other half of the record exploded through. Bragg’s choices from Guthrie’s diverse archive are smarter, songs about unique characters and lyrics that take a right angle view of humanity. The Bragg songs are richer. 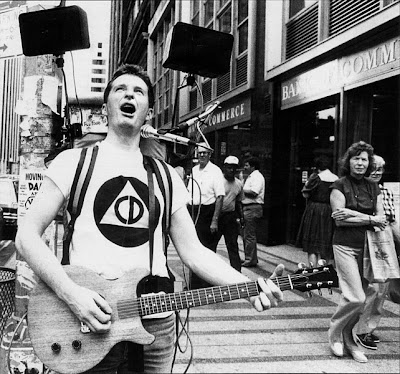 I may prefer Bragg’s songwriting, but I couldn’t discredit Wilco’s contribution to his recordings. He’s written songs both vigorous and sweet, and he seems to have a better idea of what to do with the band than Tweedy did. He employs enthusiastic choruses and mellifluous instrumentation to great effect. Tweedy succeeds in the country-pop sentiment, but Bragg upstages him with gorgeous arrangements and a more satisfying experience.

His “Walt Whitman’s Niece” starts the album off raucously, with a callback chorus that refuses to reveal its secrets and a spoken-word interlude that hints at the superb Guthrie poetry to come. “Way Over Yonder In The Minor Key” is his most pleasantly-sounding contribution, a soft ballad with beautiful fiddle accompaniment and lovely harmonies from Natalie Merchant. It leads nicely into Merchant’s “Birds And Ships”, a sublime duet between Bragg’s plucked and hesitant guitar and Merchant’s angelic voice.

Not all of Bragg’s songs hit their mark. “Ingrid Bergman” is forgettable but for an undeniable double entendre involving Ms. Bergman setting off a volcano by touching it, and, perhaps, the idea that the song works as an admiration of the lovely Ms. Bergman, probably forty years after it was originally written by a besotted Guthrie. 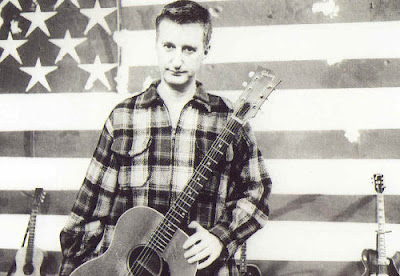 Bragg’s songs contain great lyrics. “She Came Along To Me” is a love song-cum-long view of life on Earth (with a hint of feminism). Utopia begins with the moment he met his girl:

Bragg seems a perfect choice to interpret Guthrie. His own background in protest music and socialism sometimes guides him to Guthrie’s more urgent lyrics. “I Guess I Planted” is a boisterous and triumphant celebration of the victory of the workers’ unions, as well as a call to keep moving forward. Its chorus and hand-clapping are infectious.

The album closes with “The Unwelcome Guest”, a ballad in the English tradition that recounts the story of the thief who robs the rich and gives the money back to the poor. The thief speaks lovingly to his horse and admits in the end they’ll kill him, but the fight will always continue.

Mermaid Avenue is more than a tribute to Woody Guthrie. It brings Guthrie into a new generation and a new century. The themes in his lyrics never change, the fight always continues. Billy Bragg & Wilco brought Guthrie back to the people, and revealed an unexposed side of him in his poetry, diversity, and humanism. This album doesn’t kill fascists—it makes our side look that much stronger. 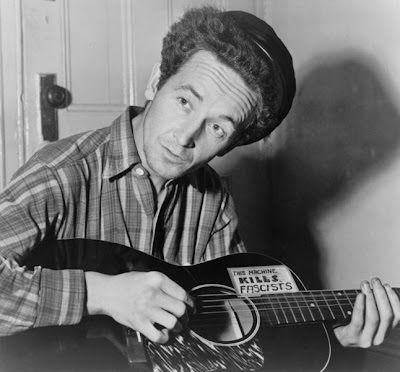 River Cougar said…
I try to be a logical person most of the time, but lately there have been coincidences in my life that make me wonder...

Ever since the first time I heard Mermaid Avenue (both volumes, but especially the first), I fell in love with it. "California Stars" is my #1 California song. So beautiful. The album has a perfect balance of folk, pop, rock, politics, love and silliness.

A band that plays at Evergreen always plays "California Stars" at their gigs here (i even requested it once).Recently, coworkers at the resort have found a love for Mermaid Avenue as well. I hear it everyday in the lobby and in the bar. 2 Days ago, I was in Santa Cruz at Woody's friend's house when he played a song off the album. And now you write an homage to it. Im stumped by coinicdence.

Maybe the newfound popularity has come by Jeff Tweedy fans watching the "Making of" DVD. I loved the film. It really showed Billy Bragg as the winner of the argument. He was just so passionate and open about this album, while Wilco did their "American rock star thing", stayed close-minded and complained.

A track worth noting is "christ for president". It should be every liberals or socialists theme song against the Right.
April 25, 2007 at 10:50 PM