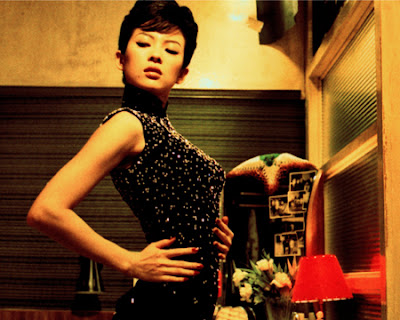 Cineastes are nothing if not nostalgic—or perhaps, atavistic. We are self-invented devotees of a nearly ancient medium and a quickly disintegrating language. We are committed to one of the most rapidly growing artforms in the history of humanity: the evolution of cinema in its first century can only be compared with its sister, pop music, in that same era. Trace the line from a YouTube-esque smattering of dalliances with a new “cinematographic technique” to the modern deconstruction and reconfiguration of the sound-and-image experience and see a train that never really stopped anywhere long enough to get settled, but did manage to pick up some people along the way.

There is something that each of us fell in love with to be here; invariably, it was a single film that did it. That movie ignited a frisson in us and caused our mental filmstrip to jump its track. Nothing on the screen looked the same after that; we went Technicolor.

Films are released slowly. Every Friday we get one to ten new movies to choose from, depending on where we live. But these are seldom any good. Realistically, we get twenty or thirty films per year that have any value. But a film-lover is never idle. There are a hundred years of history and tens of thousands of films to watch. Even if we stick with the Hollywood classics and neglect world cinema and the undiscovered and unheralded, we might have a lifetime of grist for our millstones.

Film enthusiasts move backward through time. Few of us start with D.W. Griffith, but we all find him eventually. And by the time we get there, we’ll have experienced enough of cinema entire to have made a decision about what we like and why we keep searching.

There have been a lot of proclamations of the death of cinema, whether it’s happened yet or is imminent. Cinema can’t die—it’s only just made its way to television. But it has certainly changed, and any change is going to kill something, whether it’s the visual inventiveness of the silents (even if you argue that some films are still visually inventive, we can’t disregard the death of vaudeville and its giant influence on early cinema) or pure romantic comedy (as this commentator explains).

Which is all worth talking about, but perhaps too much to serve as a preamble for a piece on the sexiest women in film.

But something has been lost, and this is less a list of pretty girls than an elegy to a bygone era and an examination of current trends.

So: They don’t make ‘em like Marlene Dietrich anymore. Or Barbara Stanwyck. Or Lauren Bacall or Marilyn Monroe or Ingrid Bergman or Rita Hayworth or Greta Garbo or any of those old dames in that soft-focus black-&-white light that recorded their slow smiles and fiery eyes. Or maybe they do, and only the light has changed.

When was the last time the world was gut-punched by the appearance of some new actress to fill the shoes of those sublime women, and if you can remember one, how long did she last? I don’t mean someone like Julia Roberts, whom we can all fall in love with, or someone like Catherine Zeta-Jones, whom we can all lust for.

I mean a woman like Ms. Dietrich, as beautiful and charismatic a presence as has ever been filmed. A woman who would inspire an entire generation of men to do any number of grand or silly things for her, including making films keyed to her talents.

It’s important to note that there are women out there capable of leaving an impression on us the way they did in the days of old (and not just then, either: I’m in love with too many dead women). But the climate has changed. There is no studio system to push its stars. There are too few directors willing to accept a living, breathing muse. (When Tarantino said that Uma Thurman was to him what Dietrich was to Sternberg, we were excited. But though Sternberg once put Dietrich in a gorilla suit, he never had her beaten, shot, and raped.) And the style of movie acting has changed, too. The heightened speech and melodramatic gestures and expression have turned into a post-Method imitation of life. When Cate Blanchett, the most compelling of modern actresses, is in North Africa, she is as far away from Casablanca as can be.

Times have changed, but we haven’t. Oh, we’re good sports. We eat up all the new trends with a good appetite; we are genuinely interested and excited in new directions in cinema. But perhaps I am not alone in admitting that when I go looking for a woman—someone beautiful and electric—I usually end up in the same place my grandfather was at my age, watching Marlene Dietrich pull off a pair of gorilla mitts like they were silk gloves.

Here’s hoping that someday these very capable women find themselves some plum roles—for their immortality and our felicity. 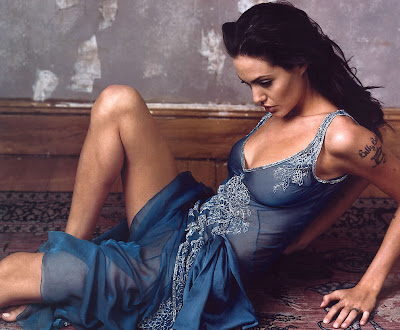 I’ve only seen her in two films: beautiful and playing at beautiful and damaged in Girl, Interrupted and injecting a spark of life into the dull cartoon Sky Captain And The World Of Tomorrow—I don’t believe she’s ever made a good film. But she’s voluptuous and beautiful, and there’s a definite something there. She’s as close a modern icon to filmic foxdom as I can think of. I wish some real talent might recognize it in her and put her in something worthy of her gifts before we miss our chance. 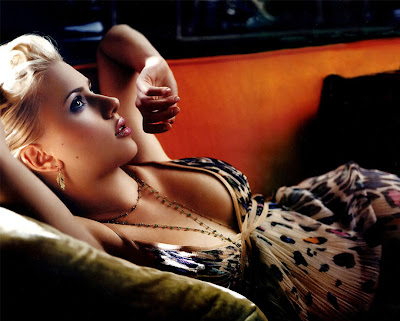 She might actually already be there. She has the olden day glamour and the cameras (and the men behind them) love her. But she may be less confident than self-conscious, as in she knows what we want from a screen siren and she’s willing to fill that role, whether she can or not. It’s been interesting to watch her grow from the husky-voiced girl in short shorts in Ghost World to everybody’s favorite ghost, the girl who plays it old-style in life and the movies. Will she ever command the screen the way they used to? Now’s the moment we find out. 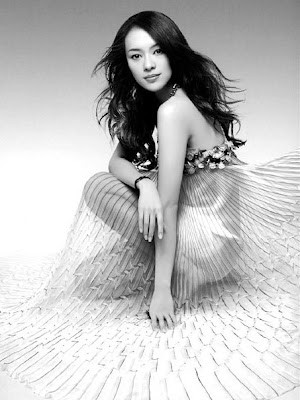 She might have been pushed on me. She wasn’t nearly as sexy as Michelle Yeoh in Crouching Tiger, Hidden Dragon, but her charms have finally worked their magic. Zhang Yimou gave her to us as delicate porcelain in House Of Flying Daggers and Wong Kar-Wai made her the sizzling foil to Tony Leung’s melancholy in 2046. I missed her American film, but I don’t care to see Hollywood misuse her anyway. I like what the Chinese like in her: a beauty that transcends time or reason. 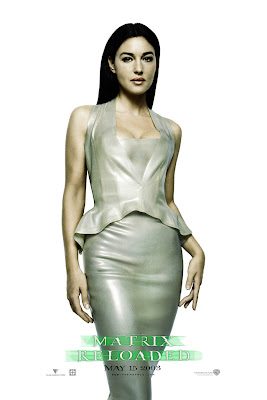 This is the one choice that may be based primarily on physical beauty. I saw her in the silly Matrix sequels and the too-serious Irreversible and The Passion Of The Christ, and I don’t think I have an accurate read on her screen presence. Certainly, I can’t take my eyes off of her, and one of the benefits of living in France is seeing images of her several times a day. The French may be too far beyond their admiration for old Hollywood to do her justice and I don’t know how well she’d fare in America, where we have no better idea of what to do with a comely woman than to put her in a horror flick. 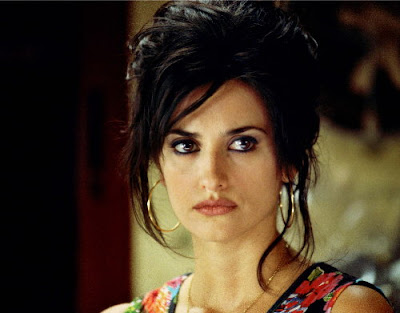 I’ve loved her since All About My Mother. She’s had a tough time winning over an American audience, and there’s little doubt why: she’s not as appealing in English-language films. Her turn in Blow left me scarred—no one should ever scream that much. But in loving hands, she can ignite the screen. I haven’t seen Volver yet, but I’ve looked with great longing at the poster. If it were a just world, she could become an enormous success by working in Spain, making films with people who love her, rather than a Hollywood that sees her as set dressing.

I’d sure like to meet some beautiful women. Tell me who you love in the comments.
actresses film women

Coleen said…
i think you hit it with scarlett, she is so classic. and i now love penelope after volver, you were so right about her being misunderstood in english, i took her serious when she was speaking spanish. i also love winona ryder and christina ricci and i think you missed nicole kidman, whatever...
February 24, 2007 at 11:35 AM

Reilly Owens said…
Nicole Kidman made it on to the long list, but she was an easy cut when it came time to pick five. She's got acting chops, but she's never been a woman that can fill the whole screen. She's too small, too light. I've never seen her rage, which is an important part of being an uberwoman. The women I picked were earthy and real (Ziyi Zhang squeaked in with 2046). I want an Anna Magnani type, someone who'll throw a clump of dirt at you as soon as make love to you, and be sexy doing it. Nicole Kidman seems like someone always at danger of a nosebleed.
February 24, 2007 at 11:49 AM