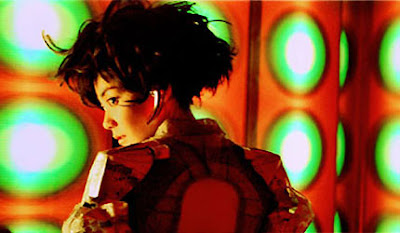 It’s been hard to post recently because I’m in love with the photograph at the top of the last post. I didn’t want to move it. I kept visiting this site like I was returning to a favorite room, the spot in the house that collected the most sunbeams.

I haven’t anything to say, really. I’m going to play this one loose, see how it feels. I’ll put some work into it, so by the time it’s done, I’ll have to post it. I’m not going to write any more tonight and I need to post something or I’ll lose my readership, which, judging by my over-scrutinized counter, is about five people a day. Even discounting my friends and parents, I have six siblings who could stop by to at least create the illusion that someone’s out there! 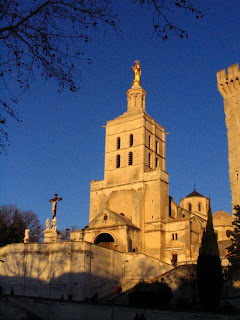 I live in Avignon, France, which I’m going to try to make read as exciting as it deserves. It’s four thousand years old, a World Heritage Site, and was once home to the popes, as things got pretty seedy back in Rome in the thirteenth century. Because the Roman Catholic Church was once situated here, the town was built up quite extravagantly. And where go the popes, so go the cardinals, bishops, priests, and lieutenants, and, as everyone wants to give a sermon on Sunday, there is no shortage of churches, chapels, and cathedrals in this town. Even after having converted some of these churches to museums and a glorious movie theater (I saw Borat on consecrated ground!), there are enough active churches to keep the townspeople from ever getting bored at mass. Well, you know, relatively. You try a different one each week. Mass is the same, but the architecture is different. And there’s the Latin option, too.

I say I want to make it read exciting because my life is pretty mundane. Oh, I think I’ve done well here. I’m as French as anyone else: I go shopping at the market for each night’s dinner. Only I do it in my pajamas, because the markets close at one in the afternoon and I can’t seem to get out of bed earlier than noon. I’m on New York time, perpetually. It’s terrible. I think I’ve missed half my life here, because people are up and out at seven. I get out just when the shops close for the midday meal, a two-hour fiesta so important that even schoolchildren go home to sit down with their families. It’s really nice, except I have nothing to do and end up wandering around until things open up again. 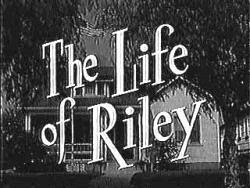 I do a lot of wandering around, mostly in my apartment. I’ve recently become emancipated from the workingman’s life. I live on meager savings, which taste a lot like lettuce and bread. I came here with the intention of writing six hours a day, cooking, watching films, and reading. The way it turned out, I spend the first two hours of each day trying to prepare my mind for what may occur later. This means I read a lot of blogs and listen to NPR. Then I pace around trying to come up with something to do with my time: should I watch a movie, go out, read a book? I usually end up checking to see if any blogs have been updated.

When I finally get stir crazy enough to do something, I head outside. Everything is closed for lunch. I would like to visit the cafés or something French like that, but I have an un-French aversion to cigarette smoke and cold weather. So I wander around outside until I realize I’m wasting all my time, I could be reading! 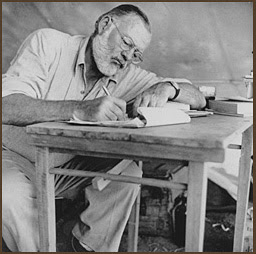 Note that it has crossed my mind several times that I could be using this time to write, but I mostly write that off as impossible: How could I spare six hours now? I have too much to do. So, I go back inside and check up on my blogs and any Wikipedia articles I might have thought of reading up on (Jimmy Carter this afternoon) and feel the clock begin to tick. I will write, but later. You know, if I start too soon, I’ll only be interrupted by dinner. But then, if I start too late, I’ll be too tired to get anything accomplished. The trick is to start early enough to really get into it before your body starts shutting down for the night—and no earlier.
Avignon France Life Writing

MUSTblogMEMORIES said…
Hey..this one was much better. I read, soaked it in and knew what was going on. Well, back to bill paying. Party on Wayne
February 27, 2007 at 5:43 AM