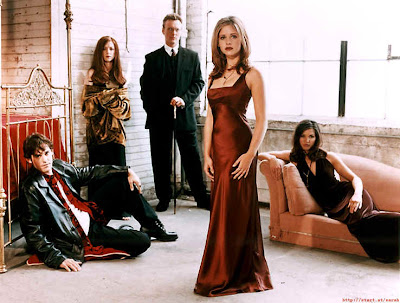 This month marks the tenth anniversary of the premiere episode of Buffy The Vampire Slayer, and I am celebrating the event by watching the entire series from first to last, a feat I have never accomplished. It is not that I never had the motivation: Buffy caught my attention in its second season with a series of episodes that succeeded at doing things that no other show had even attempted. I had settled easily into Buffy’s universe, a funny, scary, sincere take on the horrors of high school that played like the best satire: so strange and implausible, its truth hits like a mirror on the forehead.

But it wasn’t enough that each episode concentrated the monstrosity of growing up into actual monsters (the girl so unpopular—so invisible—that she actually became invisible; the roving band of bullies whose malevolence was supplemented by their being possessed by hyena spirits), the makers of Buffy gave their characters such depth and authenticity, and then put them through such terrors, the viewer is overcome with all the emotions he generally reserves for his own experience. 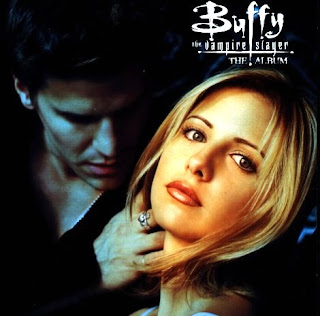 Funny as it is, comforting as it is, there is an undeniable sadness pulsing through the series. One of the horrific joys of watching Buffy The Vampire Slayer is in feeling pressed under the weight that threatens to crush Buffy. When her mother obliviously tells her that high school is not a matter of life and death, you have to laugh in exasperation. The poor lady doesn’t remember.

It is arguably the most influential television series of the last decade: without Buffy we may not have the rapid-fire banter of shows like Gilmore Girls, the hip ironic humor of Veronica Mars and The O.C., the genre-blending of Lost and Heroes, or the long-form storytelling of most hour-long series on television today.

The cards were stacked against the show’s success: a silly premise, a jokey title, a small budget, a fledgling network, an unknown cast, and a novice production team. But that cast was so good, those producers so impassioned, it prevailed and became, if a modest hit in America (and a big hit in France), a new pop identity, a TV brand more recognizable in American culture than any since The Simpsons. Everybody knows Buffy on some level, the way people know Star Trek without having seen an episode.

Creator Joss Whedon was allowed to make seven seasons of a show he obviously loved (as well as five seasons of spin-off series Angel, regarded by some as being an even better show than Buffy). He took his characters to all the heights and depths of life and death in an attempt to break the boundaries of storytelling. I don’t think he meant to reinvent TV, only to follow his characters to their destinies, but in doing so, he pioneered a new TV frontier. Watching Buffy now is like seeing the birth of the modern age, still perhaps the highpoint of serialized comic drama, the first and the best, the reemergence of the long-lost unadulterated joy of storytelling. 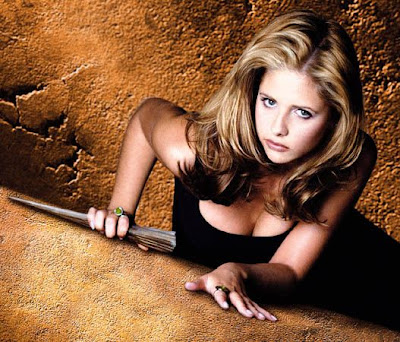 Buffy The Vampire Slayer television The New Renaissance The Passenger

Karen said…
This show is so worthy of its position on your blog. Watching it thourgh from beginning to end is amazing. I learned so much from these characters and felt like I grew into adulthood with them. Thank you Hollywood for Buffy and for not rejecting it based on the movie which did little to impress me and pull me into the need for salvation from vampires.
March 30, 2007 at 6:44 PM