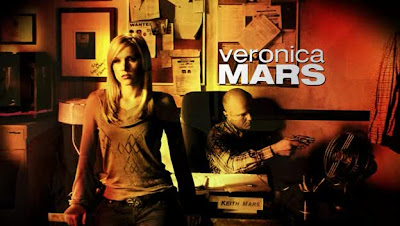 Until a man is twenty-five, he still thinks, every so often, that under the right circumstances he could be the baddest motherfucker in the world. If I moved to a martial-arts monastery in China and studied real hard for ten years. If my family was wiped out by Colombian drug dealers and I swore myself to revenge. If I got a fatal disease, had one year to live, and devoted it to wiping out street crime. If I just dropped out and devoted my life to being bad.

From Snow Crash by Neal Stephenson


A reverie is not the same thing as a dream, for the reason that it does not allow the possibility of nightmare. We fantasize about our other happier selves, succeeding at everything we fail at, living the full lives we deserve and would have if only we weren’t born so unlucky. Or comfortable.

We do not imagine the dark sides of our fantasies, even when they are founded on unpleasant thoughts, such as a traumatic event that pushes us to finally appreciate life. The first time I was tested for HIV, the nurse asked me what I would do if I learned I had the virus. “More than I’m doing now,” I responded.

“The mass of men lead lives of quiet desperation,” Thoreau wrote, and drama was created to answer for humanity’s general discontentedness. We need the promise of a better life, or at least a more eventful one, and heroes were created to present us with different possibilities.

Eventually, we became so overrun with heroes whose lives were so disparate from ours, we had to bridge the gap. In the beginning was the hero, then the backstory, and finally the deconstruction and re-humanization of the hero. The best dramatists show us the deeper implications of our wishes, the psychological baggage for our flights of fancy. 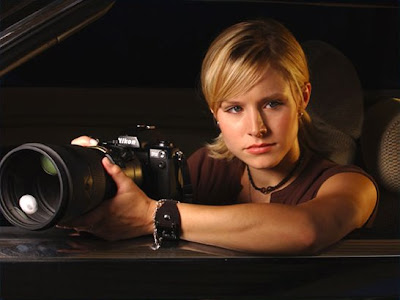 If the television series Veronica Mars were as simple as its stated premise—spunky teen detective solves crimes and tries to fit in with her upper-class peers—it would not be as dramatically successful as it is. There is a deeper investigation going on here: Veronica is living a popular fantasy, and series creator Rob Thomas is interested in the psychological effects of the trauma that led to Veronica’s reinvention of herself in the fantasy.

The series starts with Veronica beginning her junior year at high school, and, as we learn through flashbacks and Veronica’s cool narration, she’s had an eventful summer. Her best friend was murdered; her father, the sheriff, charged the town’s most powerful man—and father to both the murdered girl and Veronica’s boyfriend—with the crime, then lost his job when someone else confessed; she was unceremoniously dumped by her boyfriend and spurned by all of her rich friends; her mother left without a trace; and, to cap it all off, she was drugged and raped at a party. 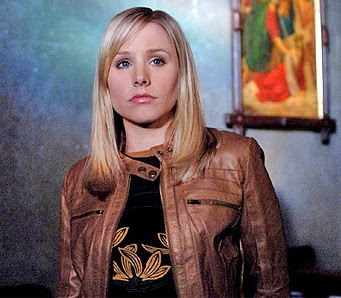 It is indicative of Veronica’s character and the tone of the series that she describes her rape as coldly and distantly as if it had happened to someone else, just her share of a sad statistic. “You want to know how I lost my virginity?” she asks. “So do I.”

When we meet Veronica Mars, it is after the reinvention of herself. The careless California blonde of the previous school year has been replaced by an intelligent and supercilious survivor whose cheery optimism and wry humor are defenses against a town and a universe that might have destroyed her. She has closed herself off to everyone but her father, a last thread of open trust and tenderness in a malevolent cosmos.

It is with her father that Veronica takes steps toward a new life and closure on the last one. His start-up private investigation firm offers her a new mission and an ability to gain control of the human or natural forces at work in her life. Having once been the victim of events beyond her power, she would work to erase her vulnerability and become mistress of her own fate. 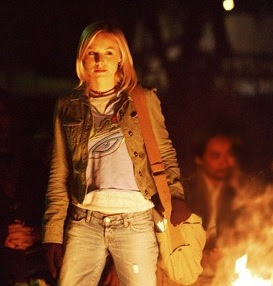 She sets out to solve her friend’s murder, being convinced that they got the wrong guy, and, almost hesitantly, the mystery of her rape. Along the way, she’ll make new outcast friends, solve small mysteries for other students, and uncover a heap of dark secrets that give the series a Twin Peaks-like sense of pervasive evil.

The show fires on all cylinders. Its mysteries satisfy, the detective work is clever, the humor and class resentment are done as well as on the best teen soap operas, and its emotion and pain—when it allows them—are as powerful as anything on television. Those rare moments when Veronica lets her guard down, you witness her vulnerability and realize you’re watching a teenager, scarred and staggering beneath her burden.

The real drama of the show follows the evolution of its main character into her future self. We cheer for her strength and triumph over injustice, but fear that whatever chance she has of living a normal, unguarded life, with friends and romance, may be vanishing. That the producers want to relaunch the series four years into Veronica’s future with her as a cadet at the F.B.I. Academy shows that the plan all along may have been to chronicle the rise of an empowered heroine from the ashes of a lost and broken youth.

Veronica Mars accomplishes all of its drama and meditation in a format that is deceptively playful. The show entertains. The actors are fantastic, the writing is smart, and the humor is spot-on. It’s the best show on network TV. 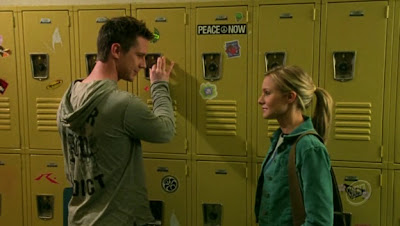 Do you love Veronica Mars? Do you think you might like to love Veronica Mars if you had the chance to know her? There are five episodes left in its third season, and if they don’t perform well, we’ll probably not see a fourth season. Help save the show:

Its a good show and all, but back to life and back to reality...

more importantly, Josh met the easter bunny tonight, it reminded me of how you use to go up to strangers and introduce yourself to them as the easter bunny.
March 31, 2007 at 11:08 PM

Coleen said…
I have been anticipating this blog since the beginning.
I have also been thinking a lot about you being the Easter Bunny.
April 1, 2007 at 12:21 AM

MUSTblogMEMORIES said…
Hey Reilly, do you remember that everytime you would dip a piece of steak into some ketcup you would become strong...you know since you were eating "He-Man Meat"
April 1, 2007 at 12:40 AM

Irene said…
Although hesitant at first, I have come to board the Veronica Mars train everyone was trying to get me on. I absolutely love it. I'll admit that sometimes I stop and think about what V. Mars (as I've come to nickname her) would do in certain situations but usually only in retrospect of the event so it doesn't really help in my decision making processes. Plus, I'm in love with Logan. It better not be cancelled.
April 2, 2007 at 9:06 PM