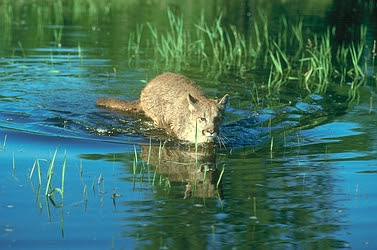 She told me that the people at Olympic National Park called her River Cougar because of her propensity for jumping in water all the time. Any kind of water, any time of day or night. She couldn’t keep herself out of it: lakes, rivers, waterfalls, oceans. The country girl who grew up landlocked on the Florida peninsula knew what freedom tasted like (cold iron with a hint of giardia). 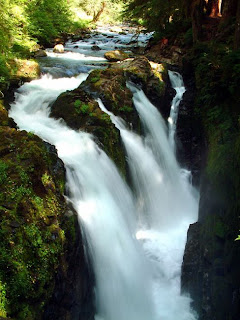 When I went hiking with River Cougar a couple of years ago, she showed me how she’d earned her name. She spent more time wet than dry. I was impressed. Not only did she show me some of the most beautiful and picturesque spots I’d ever seen, she became a part of the living scene. Nature is incomplete without man; waterfalls are imperfect without someone beneath them.

At one point, we came upon a river too icy for me to swim in. I stuck my foot in it and felt an immediate chill flow from my heart to my ears. I called out to announce that we wouldn’t be wading here; River Cougar was already in it, noticeably shivering and trying to keep her head above water. She did spend a little time underwater there and paid for it with a slight case of pneumonia the rest of the hike.

River Cougar, née Tammy Owens, was born on March 1st, 1983. She is my sister and today I celebrate her birthday. I do not know if she will read this, as she lives in another national park, Yosemite, and she may be having her own celebration on the rocks under the cypress trees. What a strange duck Tammy is. We all are. There’s not one of us like the other, we seven children of Tom and Coleen Owens.

Tammy has a pair of special holds on my heart, aside from her being so unlike what we may have thought she’d become (not that she’s become, this being the end of only her twenty-fourth year; also not that she’s disappointed anyone, as it was Tom and Coleen’s only requirement for all of us that we simply get a good education—and don’t get pregnant!).

Tammy was my movie partner. At just that time that I was getting sucked into cinema, I was also losing all of my friends to alcohol. (They didn’t die or anything; they just became less interested in the stuff I was into: foreign films, ‘70s cinema, and comic books.) Tammy, four years my junior, happily filled their place. She came with me to the movie theater every Friday. We watched three or four movies in a row. I have already remarked in this journal how I have a terrible memory for certain parts of my history, but I remember every movie experience I’ve ever had. Tammy was there for a lot of them, just when there were a lot of them. I am reluctant to say this because it may hurt my sweetheart’s feelings, but Tammy was the best movie date I’ve ever had. 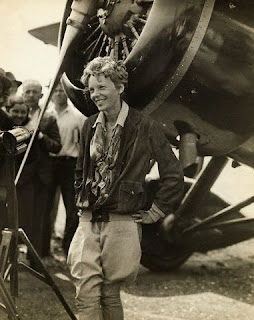 The other special hold Tammy has on me is that I keep finding myself in her footsteps. Many of the most important avenues I’ve walked in my life were already trod by my kid sister. She was the first vegetarian in our meat-&-potatoes household. She was the first of us to Europe. Now I get news that she will be the first to India, the most romanticized and desired place of my imagination. How many more mountains has she climbed than me—literally? (I do take special consolation in the fact that though Tammy does things first, I may do them better. She was a lousy vegetarian (and one no longer) and I am a vegan! She spent a semester in France—I will spend a year!)

I have been sadly out of touch with Tammy for the last few years. We have not lived in the same state since I left Florida eight years ago. Now we are further apart than any in my family: nine time zones and six thousand miles separate us. It’s hard to keep up correspondence, and harder to visit. But strong bonds hold us: love and a shared experience. Whenever we meet each other, we are little changed, or perhaps we grow alike. It’s easy to sit and talk with Tammy; I cannot fail to know her. I look forward to the day that we all come to our senses and move into a commune in North Carolina together—all nine of my family and our accumulations.

Happy birthday, Tammy. I wish we were all home now to celebrate with you. I’ll light a tiki torch for you tonight.

MUSTblogMEMORIES said…
wow, that got me so excited about June 6th! I can't wait to read the blog on that day!
When I know what it is you are writting about, you knock my socks off.
March 1, 2007 at 6:31 PM

MUSTblogMEMORIES said…
did I mention we are in a tornado watch and I have to go pick up family at a greyhound station with my sleeping baby in the middle of the night>?
March 1, 2007 at 10:34 PM

Coleen said…
the picture you used with the seven children all look like you
March 2, 2007 at 9:08 AM

I appreciate all the good things you've said. I could say the same for you. Woody is a very close second to your movie-going ability. You're also in my top 3 people to travel aroudn the world with.

remember, i did vegetarian before it was cool.

im glad to hear you are doing so well in france.

i plan to keep in better touch with everyone in the future. in the next year, i might even get a working phone.