Dr. Teeth And The Electric Mayhem 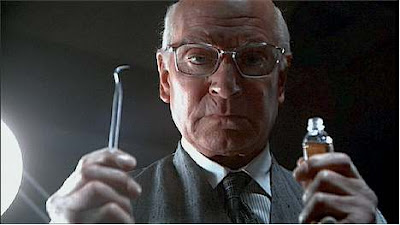 The dentist started shouting at me. I had fallen back into my default dental position: eyes closed, feet crossed and occasionally twisting at the ankles—nothing to do with pain, just cracking the joints—and fingers gripping the arm rests, then releasing them as soon as I realized I was in a posture of terror. My mouth was open wide, and, new to my experience, my chin was on my chest, at the dentist’s request. It’s hard to breathe through your nose when you’re afraid; harder still when you’re windpipe is closed.

She was shouting at me, something I couldn’t understand. She had to shout because some of the instruments in my mouth were very loud. I opened my eyes and saw she was holding a drill with some yellow gummy stuff on the end. Was she showing me what she was putting in my tooth? She had four instruments and at least three hands in my mouth. I’d given her my blessing to do whatever current, computer-assisted, Western medical procedures she needed to do to keep me from dying like that little boy whose tooth decay had infected his brain.

I said, “Okay, okay,” and tried to smile with my jaw unhinged. It wasn’t any good. She wanted a response. I tried to make out what she was saying. “Nurghf, nurghf,” she barked rhythmically. One syllable, having to do with a root canal. I looked at the yellow pulp again. Oh. It was my nerve.


Neat, I thought. Then I wondered if I would be allowed to keep it, another souvenir of the only medical field I was at all familiar with, having last seen a general practitioner when I still fell under my parents’ health coverage, nearly a decade ago.

The dentist saw the recognition in my forehead (which is the best organ for communicating with a dentist; anytime I felt intense pain, I furrowed my brow and she pulled back). There was no opportunity to ask for the nerve. She dug back in. She showed it to me, of course, so that I could finally relax. With half my face out of service, that nerve was my only fear.

I’d been through it before, but it seemed easier then. I was younger. Dentistry was routine. I was ignorant of the anatomy of a tooth, and had no idea what a root canal was. Now, I am still ignorant, but I have been given a few facts, and the mix of the two—that is, insufficient knowledge—is a recipe for terrifying fantasy.

I was having the root canal because a filling had cracked and the tooth decayed underneath. What I had learned from the dentist—a Frenchwoman with no English whatsoever—through my sweetheart’s fear-inducing worried translating, was that the decay had nearly reached the nerve and only a thin layer of tooth was left. It could not be filled; it had to be killed. 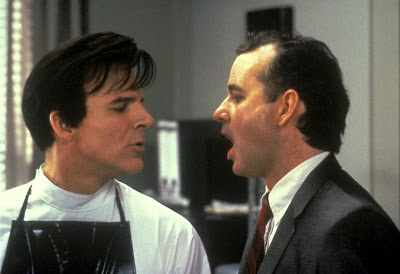 As I sat in the chair, I thought of this thin layer of tooth and what would happen when the dentist drilled through into the living nerve. I thought of pain felt through centimeters of hard bone and that time also that another dentist had injected anesthetic too close to a nerve. It had sent a searing pain through my entire face. I thought of my inability to tell this woman she was hurting me, or even to understand what she was going to do.

My girlfriend, Apollonia, had been present at my first visit. It is a strange, disconcerting thing to have another person look into your mouth or any cavity. Stranger still to have your mouth crowded with apparatuses and fingers. It is entirely uncomfortable to have another person present, a layman who may be viewing from an objective perspective for the first time. The dentist called Apollonia over to show her what she must tell me. She looked into my very decay. Who could kiss a decayed mouth? 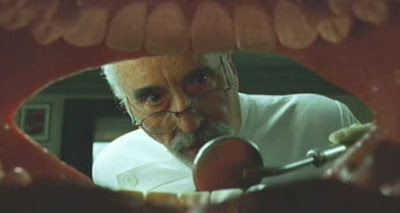 Apollonia was not allowed at my root canal. She had a poor bedside manner, like my mother, a nurse who at the sight of her own children’s injuries nearly fell apart. Apollonia made me uncomfortable, and the dentist, too. I was a calm recipient of the dentist’s art—sympathique and bravo, she kept saying—but Apollonia was a squirming, nervous thing in her chair across the room. She translated the dentist’s diagnosis, but not her matter-of-fact, reassuring tone.

I am happy now, that nerve gone. It was a rogue, a troublemaker in a shockingly healthy mouth. I was surprised that the dentist found no other problems, since I have not visited a real dentist in five years. I have been remiss, but I tried. I had no insurance, so I looked for an alternative and found a discount program online. If I signed up, I could visit certain dentists and receive a lower price. I took this very toothache to a dentist three years ago and he said I was tip-top. I did not believe him and suspected that he was no fan of discounted dentistry, happy to send me away with a decay that nearly cost me everything. I can only be thankful that the French, sticklers for bureaucracy that they are, uphold their Hippocratic oaths.

I am promised more visits to the dentist because of this tooth. A mold must be made and a crown must be laid. In all, it will cost me about a thousand American dollars, or roughly the price of visiting Italy. Well, who can eat pasta with a rotten mouth? At least my deductible will be paid, so I will have nothing to fear from future life-threatening injuries. 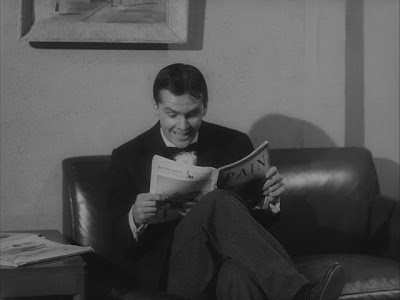 Coleen said…
i am going through dentist drama myself, although i must say i do enjoy this current dentist. i finally finished with all my fillings and what not that i was supposed to do last summer and now i have to go back next week to get my 6 month check up. hopefully i won't have any problems and i will be able to get them whitened, if money allows
May 11, 2007 at 9:31 PM

Karen said…
You are an excellent writer because you made my mouth hurt and all feelings of disdain for all dental experiences was brought to stark focus. Thank you for that vicarious pain.
May 14, 2007 at 10:16 AM