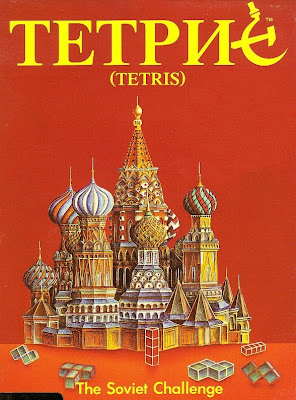 I have nearly tired of my Tetris addiction. I don’t have anxious dreams of falling blocks anymore, although sometimes, in my daydreams, I find myself playing the game, fitting the tiles together for as many as thirty moves. It is one of my genius moments, when I imagine myself like Dustin Hoffman counting toothpicks. It is reassuring, a fallback skill; if all else fails, I can train myself to be a human computer, able to perform complex computations and discover improbable patterns, except, unfortunately, those of the human heart. I would save the world, but lose the girl. 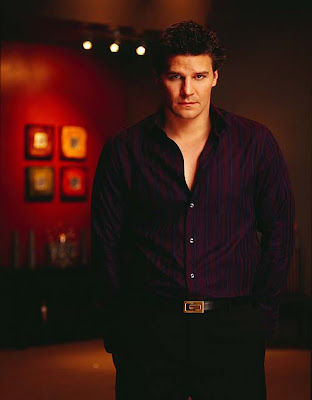 Apollonia says we watch too much TV. Not the she can do anything about it. She’s goofy for David Boreanaz in Angel. I’m cool with it; I’ve long maintained that it’s perfectly healthy to fall for fictional characters. It’s hero worship, and it’s what makes us better people. I know David Boreanaz is a dweeb in real life, and few people on this planet resemble his immortally tortured vampire detective. But it gives me an idea of what she likes (violent vigilantism) and if I ever need to win back her affection, I think I can do it by putting on a black trench coat and a blank expression. And some hair gel.

We have about 160 episodes of Buffy and Angel to watch. I don’t know whether we enjoy it anymore or if we’ve only challenged ourselves to complete the series. We’ve watched two episodes every night for the last month. We’re in a dry season, when Buffy The Vampire Slayer split into two series and moved from its successful high school formula to the wobbly college format. Neither show has gained a solid footing yet, but all I’ve heard says they both get better—as good, I hope, as Buffy’s magnificent third season.

We’ve also taken on The Office, but that show is so breezy and addictive and relatively short that it would hardly be worth noting to my psychological assessors. We could finish the thing in one sublime day of homemade sushi, Provençal spring breezes blowing through our apartment, and a midday break among the wild poppies down by the Rhone.

I guess we sometimes forget that we’re in Provençe. It’s difficult to learn to love your life and make the most of it. Apollonia was working long days in a seafood restaurant for a small amount of money. I don’t even know the language. We’re both broke. Should we sit in a field everyday and count the wildflowers? These French aren’t shepherds and milkmaids and vintners, you know. They’re working people, and they drink and smoke and hide from their children, who have run amok, sullying every seventeenth century building with their graffiti and making life miserable for bus riders.

It’s life here, as usual. Each day passes. We eat, laugh, smile. We get out into the sunshine often enough. And when the sun goes down, we watch television. I am not yet the adventurer I mean to be, the orchid hunter in the Nepalese hills, the leopard chaser in Africa. I work: writing, cooking, speaking French. This is life. It is passing. I can’t do it much differently right now. I shouldn’t think I’m doing it wrong. 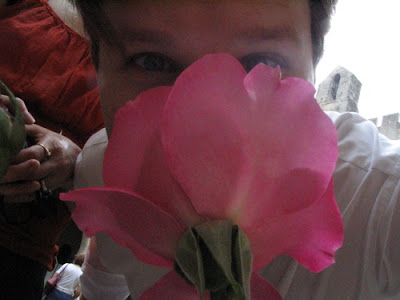 MUSTblogMEMORIES said…
we are die hard tetris addicts. We challenge each other and mean things are said. I don't see it as a bad addiction, just a metaphor for life. You are trying to fit everything in and piece it together. Figure out what you stand for and how passionate you are. Do you stack them high on one side first? Do you have to be a perfectionist and get 4 lines at a time or can you just ease on by the safe side with one at a time.
May 24, 2007 at 10:01 PM