I was in a telephone conversation with a girl a few years ago. She worked for a storage company, one of those places that rents closets and garages for people who know the value of stuff—that it shouldn’t be released—but place no personal value on it, except the cost of giving it to someone else to hang on to until either they become a junkyard sculptor or they die, at which point that stuff falls to someone else, a ramshackle legacy.

I had a more everyday use for the space. I needed a locker, a place to store everything I owned, which wasn’t much, but too much to fit on a motorcycle. I wanted something like the proverbial bus station locker, but a little more secure, less likely to be cleaned out every two days. I needed a place I could visit nearly everyday and pick out my clothing for the next day, drop off my laundry, keep food dry and available.

I asked the girl if I could do this. It was an odd request, but worth a try. She told me that her company didn’t operate like that. The storage spaces were stackable containers, and anytime I needed to get my stuff, an employee would forklift it to me. I couldn’t do that everyday. 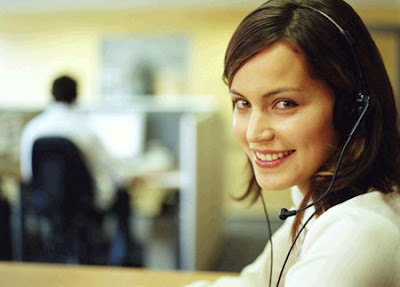 I was disappointed. The girl asked me where I was going to live. She sounded young and very pretty. I told her the whole story. I told her about Walden.

I was having trouble with my roommate in Los Angeles. We were sharing a studio apartment and we were getting on each others’ nerves. After one incident, I decided I wasn’t going to associate with him anymore, which is a tough business when you still live together and share sneeze space and soap.

I gave him the silent treatment for two months. One night, he had a friend over and I did my best not to acknowledge either of them, keeping my nose in my book until communal bedtime. In the morning, I saw that his friend was his brother, someone I liked, and I was embarrassed not to have said hello, as he was three feet away from me for most of the night. In hindsight, my behavior may have been a little silly.

Time finally came to move out. I scouted apartments, places I could afford on my retail salary, and I discovered many colorful parts of Los Angeles. I was close to picking a place in drab, characterless Koreatown when an idea struck me. I had been reading Walden, Thoreau’s account of living rent-free in a shack a couple of miles outside of town, and I got the idea that I could do the same thing. There was plenty of natural landscape around Los Angeles. I only had to find a quiet, out-of the-way spot where I would not be molested by joggers. 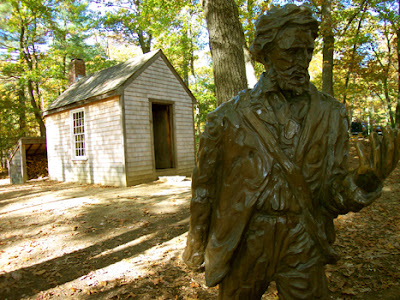 I started scouting. I drove up Mulholland Drive and through the Hollywood Hills. I drove through the canyons near Malibu. I stopped my motorcycle at the side of the road and imagined digging a hobbit hole into the side of a mountain. I imagined how I might decorate my hobbit hole. I was twenty-one years old.

Eventually, I decided to set up in Griffith Park, a massive reserve that still exists in a sprawling city because it allows TV shows to shoot nature without leaving the city. Come see the Batcave from the ‘60s TV show, they advertise.

On the day I moved out of my apartment, all my possessions were boxed up and stacked in the middle of the room, along with a brand new sleeping bag and camouflage tent (to stay hidden from helicopters). I wondered where my roommate thought I was going to go. I still hadn’t spoken to him, and things were made worse when he hid a lamp we’d bought together. He was going to keep the CD burner and the telephone, as well as the apartment. I was supposed to get that lamp. Was I to move into my new home with nothing?

A friend let me store my stuff in his living room until I could find a place to put it. I set out that first night with nothing; my tent and sleeping bag were already at the site, hidden in the chaparral. There was no food. It was going to be a short night. I’d set up the tent, sleep, and wake at 5 A.M. before the joggers arrived. 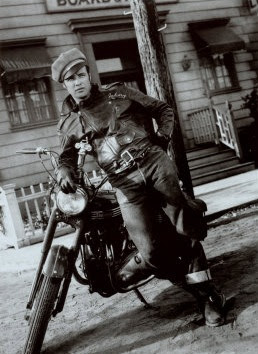 I had trouble getting into the park. It was late, but there were guards at the gate. I had to park my motorcycle on a residential street and walk the five uphill miles to the site I chose. As I approached another gate, this one unguarded, I realized that in my leather jacket and jeans, and at this late hour, I looked bad. I was up to no good, for sure, and when every car drove by, I tried to duck out of its headlights. I took refuge behind a too-thin tree, and I’m sure I was seen, comically, as the car creeped slowly past.

Once inside the park, I met a skunk. It was lumbering across the road when it saw me. It hissed at me, then took that posture that must have ruined many a vagabond’s night. I took off, back where I came from, and waited a half-hour until the skunk was sure to be gone.

The climb that first night was invigorating, a mix of terror and nature-inspired euphoria. I was out in the wild, though it was pitch black out, and when I did catch some light, it showed me the silhouette of a coyote terrifyingly close to me, stalking me. I had no cowboy wisdom, child of the Atlantic, but my father told me that when a dog attacks, you grab hold of its tongue and it can’t close its mouth on you. I wiped the sweat off my hands and moved carefully on.

I reached my site late, and lost no time in setting up the tent. It was a moonless night, though the stars were pretty enough. I was near the observatory; I had the best view in Los Angeles. The tent was up and I was inside, nearly asleep. Then I was asleep. 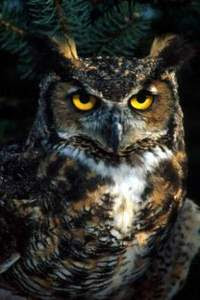 I woke several times in the night. There were the hoots of owls on the hunt and the wild baby cries of coyotes. It was eerie, those sounds, that black night, that place. I’d set the tent up on a slope and my sleeping bag kept sliding down into the wall. I fell asleep and my alarm went off. It was 5:30, sunrise. Time to pack up.

I did that nearly every night for a week. It rained some nights and I caught a cold. I didn’t always make it up to my site and slept on the ground. I feared snakes and dogs and police. I had taken a gym membership for the showers so that I could keep up a normal life. I ate a lot of fast food, Sausage Kingdom and Panda Express. I never slept. I drove out to the Angeles National Forest to get some sleep, but the wind started to blow cold before I got there. I was kind of miserable sometimes, working my retail job and hiking for hours to get some sleep. Hollywood is a bleak place at six in the morning, all those tawdry shops closed up and nobody out but the homeless.

Eventually, I gave up and moved in with my friend. My time in the wild was done.

I’ll never be so naïve again. All things considered, that’s too bad. 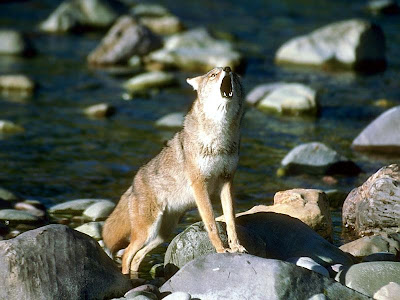 MUSTblogMEMORIES said…
AHHHH the great mystery as to why on earth you of all people would carry a Bally's membership has been solved.
May 25, 2007 at 12:47 PM