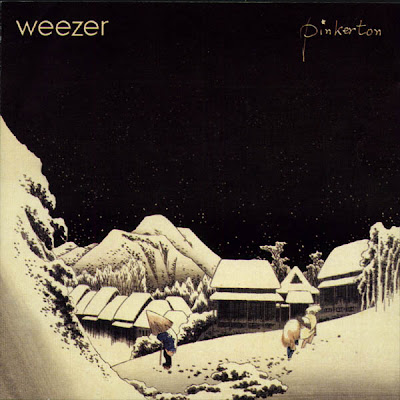 Weezer’s Pinkerton is a raucous hootenanny of a record, a loud and messy burst of pop and emotion—rock ‘n’ roll as catharsis, or maybe only joyful diversion, as inessential and vital as springtime. It’s singer/songwriter Rivers Cuomo’s second stab at innocence: after the playful irony of Weezer’s debut record, he needed some sincerity.

“These songs were written in the dead of winter when I was in a lot of pain and very lonely.” 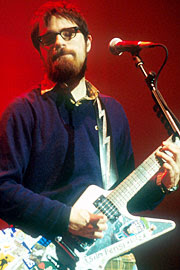 Cuomo responded to the breakout success of Weezer’s first album by disappearing. He grew a thick beard and started classes at Harvard. He used the time as an opportunity to remedy a lifelong defect: he intended to lengthen one of his legs by use of a medieval-like device.

The unsociable Cuomo found himself unable to make friends and the leg contraption had to be tightened four times a day, leaving him in constant pain. He also suffered some heartbreaks.

In interviews, Cuomo appears to be at pains to express himself. He is an intense person, moving from quiet timidity to self-loathing, from rock star arrogance to rock star eccentricity. In a fit of depression, he painted his Los Angeles apartment black and sealed out the sun. Later, he discovered Vipassana meditation and visited retreats where he meditated for twelve hours a day over a two-week period. (The meditation seems to have helped him: he claims to be happier than ever.) 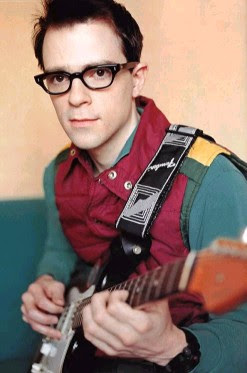 During that winter at Harvard, Cuomo wrote the bulk of the songs that became Pinkerton. All of this biographical detail is worth noting because Pinkerton is an autobiographical record. Its songs are sequenced in the chronological order of their invention, and chronicle a man with a severe distaste for his life as he moves from pop stardom to hermitage to darkness, and if there is a light at the end of his tunnel, it is the songs themselves, playful pop confection with heartfelt goofball lyrics and beautiful melodies that reveal an optimism and idealism assaulted but not destroyed by disappointment.

Returned from the isolation and bleakness of that Cambridge winter to the perpetual sunshine of Los Angeles, Cuomo must have been rejuvenated. Though the lyrics and framework of the songs betray their melancholy inspiration, the performances on the record are anything but gloomy. Weezer blasts the songs, full force, as a celebration.

All members seem raring to go, ready to throw in an enthusiastic solo, excited and off-key harmony, or rock ‘n’ roll howl at every moment. Cuomo himself sets the tone, singing his heartache lyrics with a vigor and emotion that tell it true, though from a survivor’s perspective. He was out of it, delivered by rock ‘n’ roll to glee, if only for the three minutes each song lasted. 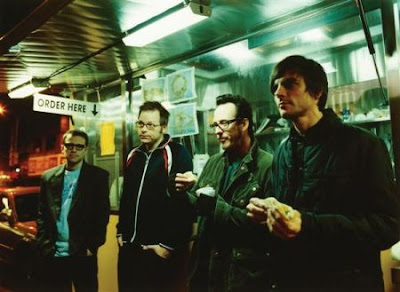 The songs are wonderfully sincere. The first four tracks characterize a man ready to retreat from love. “Tired Of Sex” voices a rock star complaint most of us would envy, though Cuomo successfully translates the emptiness of sex without love. But is it any worse than facing continual heartbreak? In “Why Bother?”, he’s given up on trying, telling one girl, “Maybe we could even get together / Maybe you could break my heart next summer.”

The next three songs find Cuomo lost and lonely in college. In “Across The Sea”, the neglected Cuomo receives a fan letter from a girl in Japan and begins to idealize her, cursing himself both for dreaming of her and for not going to her, his true love. Frustrated, he sings, “So you send me your love from all around the world / As if I could live on words and dreams and a million screams / Oh how I need a hand in mine, to feel.” 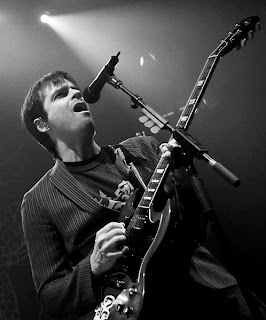 “The Good Life” is Cuomo waking up and looking at himself. He vows to get back out there, to “shake booty and make sweet love all the night.” And “El Scorcho” finds him in good form, with its silly throwaway lines and anthemic chorus. The band gets loose on this one, the album’s best track.

The final three tracks display a more confident—if still unsuccessful—Cuomo. In “Pink Triangle” he falls for a girl who turns out to be a lesbian. In “Falling For You”, he appears fully emerged from his cocoon, dancing and strutting and even talking about settling down.

The final song, “Butterfly”, has Cuomo taking the role of Pinkerton, the American soldier in Madame Butterfly who married the Japanese Butterfly and then abandoned her. When Butterfly kills herself, Pinkerton is stricken with remorse. Cuomo identified with Pinkerton and filled the album with references to the opera. In “Butterfly”, he sings his apologia and asks for forgiveness, and this raucous album closes with a soft and heartfelt “I’m sorry.”

The album was a huge disappointment, commercially and critically, and it broke Cuomo’s heart. In an interview, he said:

“It's a hideous record... It was such a hugely painful mistake that happened in front of hundreds of thousands of people and continues to happen on a grander and grander scale and just won't go away. It's like getting really drunk at a party and spilling your guts in front of everyone and feeling incredibly great and cathartic about it, and then waking up the next morning and realizing what a complete fool you made of yourself.”

Though popular opinion has changed on Pinkerton, and it is now considered Weezer’s best record and one of the best albums of its era, Cuomo never went back to anything as sincere or loose as the songs on this album. They’ve been more successful that way. 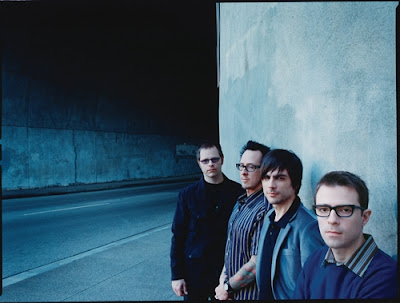 Courtney C said…
How sad is it that we give all of ourselves and people have a lot of difficulty absorbing it (maybe because it comes to close to themselves) and if we pull back we are far more easily accepted. No limits to test, no intensity for others to face. Maybe I should re-think my blog, all pain and heaviness. Love u - SuperStrongSuperGirl.
May 4, 2007 at 9:31 AM