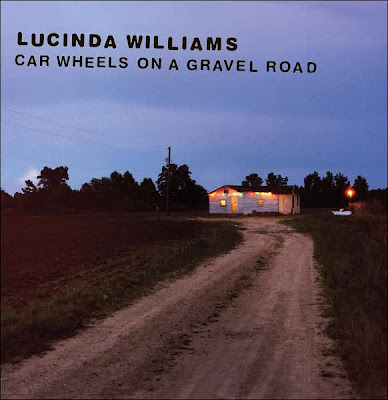 The thirteen songs on Lucinda Williams’s landmark album Car Wheels On A Gravel Road lay out a long and lovely heartache that has lasted the singer’s entire life, each love song sandwiched by heartbreaks, every new happiness informed and blackened by its inevitable end. These songs of experience ring true because they’re edged with innocence: the battle-weary can only continue by opening themselves all the way up.

In the remarkable “I Lost It”, Williams makes it plain:

I just wanna live the life I please / I don't want no enemies / I don't want nothin’ if I have to fake it / Never take nothin’ don't belong to me / Everything's paid for, nothin's free / If I give my heart, will you promise not to break it? 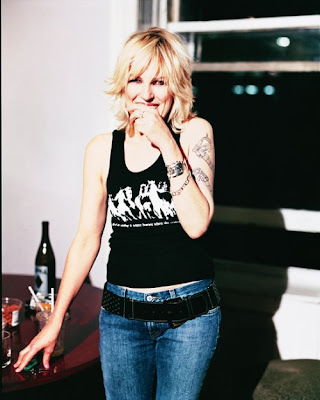 Williams is exposed on the record, raw and naked. These thirteen songs are Lucinda Williams, her life in its battered-ain’t-broken glory. She treats songwriting as the most personal thing, a human heart laid bare. You hear the record and know the woman. You love her and pity her.

Mostly you love her. Not for nothing has she elicited comparisons to Bob Dylan and been crowned America’s best songwriter. The key to her song craft is her voice, a moaning, drawling, scratching, howling thing that is inseparable from heartache and the South. It’s the best roadhouse throat since Mick Jagger was in Exile.

The songs themselves might be ordinary enough but for Williams’s voice and lyrics. She plays barroom blues and country, stuff born on an acoustic guitar and electrified with clean and dirty guitars, a driving backbeat, Nashville-style accompaniment, and Texas-style licks. The songs move, some through shimmering chord progressions, others through twelve-bar blues and Delta riffs.

Williams is a gifted lyricist, writing lines poetic in their simplicity and attention to everyday detail and devastating in their hard truths, pleas, and accusations. She can build a song with throwaway moments. In “Right In Time”, she sings: I stand over the stove in the kitchen / Watch the water boil and I listen / Turn off the television; then moans Oh my baby.

Her songs form a journal, a collection of these imprinted details, and a roadmap of the South. More than half of the songs mention some Southern town or another, many of them so distinctly tied to a place that the songs simply bear the town’s name. On the album’s last track, “Jackson”, Williams anticipates how long it will take to get over her lover by imagining how she’ll feel in each new town as she travels away. In “Lake Charles”, she sings about a man who may have begun and ended his life in Texas, but his soul rested in Louisiana.

Her technique is powerful. She draws a life with small moments and geographical or temporal details, then punctuates her sketches with a line or short chorus of poetic emotion. Her lyrics could have been published as verse. In “Lake Charles”, she eulogizes her lost friend by remembering the car he used to drive through Louisiana, and that they listened to Howlin’ Wolf; then the pain of loss is felt in the chorus: Did an angel whisper in your ear / And hold you close and take away your fear / In those long last moments?

In “Metal Firecracker”, the album’s loveliest track, she confronts her ex-lover with all the promises he made her, all their intimacies: Once I was in your blood / And you were obsessed with me / You wanted to paint my picture / You wanted to undress me / You wanted to see me in your future. She is devastated by their dissolution, still in love with him, and in a pleading, wavering voice says: All I ask / … / Don’t tell anybody the secrets / I told you.

Williams has one of the most distinctive voices in music. It resonates with experience and the authentic South. She has written powerful lyrics that require a credible voice to sing them. Dylan has always been the best interpreter of his lyrics because he felt them and sold the feeling; the same is true of Lucinda Williams. There is no fakery in her performance; there is a sense that the songs were born of a true passion for expression, rather than her merely filling a quota as a songwriter. She was going to sing these songs whether we heard them or not.

Car Wheels On A Gravel Road was famous for having taken six years to make, a period in which the album was recorded and scrapped and made again. Williams is a perfectionist, careful that the songs carried their intended emotion. The care shows. The album is a masterpiece, one of the best of its kind or any kind. It is a document of a woman’s life, with all her pain and joy exposed in the raw light. That there is more of the former is balanced by the intensity of the latter. Williams knows life as well as and no more than the rest of us—she only has the strength and poetry to communicate it. Car Wheels On A Gravel Road is “a little bit of dirt mixed with tears.” 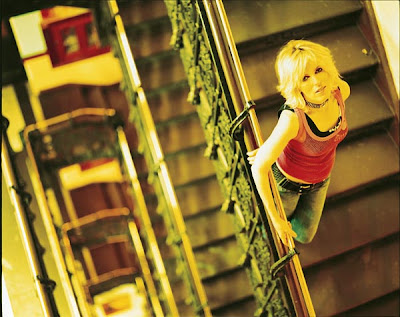 Karen said…
Okay at this point you are going to break my bank with all these Itune Purchases- not that I regret them. I now have my first Rweilly Recommends CD and if Lucinda inspires than a volume II seems in the near future.
May 11, 2007 at 6:26 PM

Reilly Owens said…
Lucinda's definitely worth it. I'm honored that you were inspired to buy the album after reading this. You win, Lucinda wins, and I feel pretty good, too.
May 11, 2007 at 7:56 PM